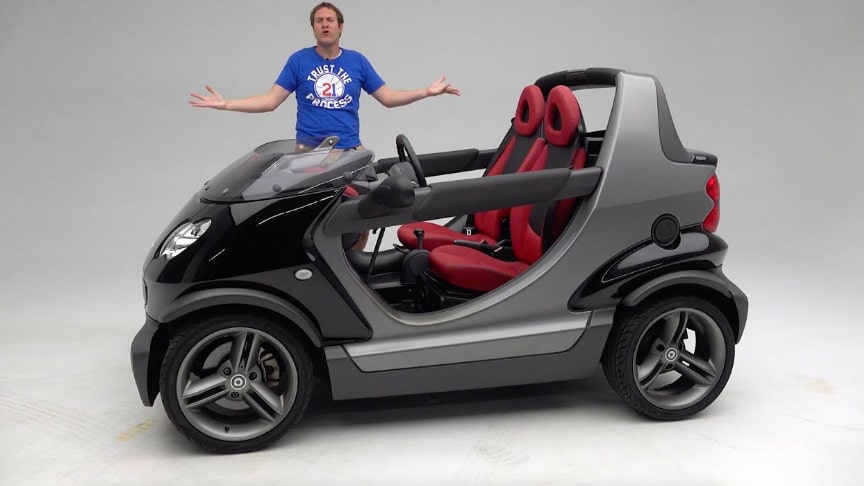 I’m also going to drive the Smart Crossblade, and I’ll show you what it’s like behind the wheel of this crazy thing.

The Crossblade is limited-edition variant of the City Cabrio, a roadster without a windshield, roof, or conventional doors. Its weight was still 740 kilograms (1,630 lb). The Brabus-tuned engine developed 52 kW (71 PS) from its 599 cc engine.

It comes with a 6 speed manual gearbox. With no roof, a tiny windshield, and blade-like ‘doors,’ the Crossblade was meant to appeal to people who wanted something even more quirky than the original car.//Doug DeMuro