The Skydancer cabriolet motorhome is at present a prototype but one which can be ordered and as the company is small, the internal layout can be built to order therefore what you see in this video is just a suggestion.Here I explain the concept of the panoramic view whilst travelling with the benefits of the sliding roof. 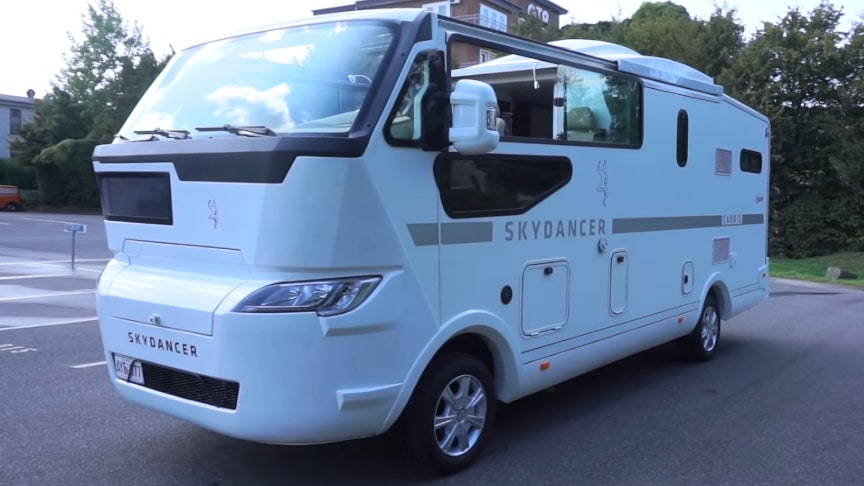 The vehicle could be manufactured to order with a different internal design if required.This van is designed in it’s current state with four belted seats and four sleeping places, additional sleeping, can be created in the seating position and thus one could sleep under the stars quite literally! Watch the video from Alan Heath for more info:

The Fiat Ducato chassis is the most popular making up 75% of the market. We have now devoloped a framework for providing 2B concept on Ducato basic chassis. This type of construction is completely new in the RV industrie.he camper is 7 meters long and 3.05 meters high. In the front of the vehicle we are sitting more or less at this height.

The upper level is called “A cab” that consists of four leather seats and long side windows to enjoy panoramic views while driving.The lower level, which is just behind the front wheels, includes a living area and driver’s cockpit on the higher portion. The driver-cab seating group converts to a second bed to bump total sleeping capacity up to four.//Alan Heath