A lifeboat or liferaft is a small, rigid or inflatable boat carried for emergency evacuation in the event of a disaster aboard a ship. Lifeboat drills are required by law on larger commercial ships. Inflatable lifeboats may be equipped with auto-inflation (carbon dioxide or nitrogen) canisters or mechanical pumps. 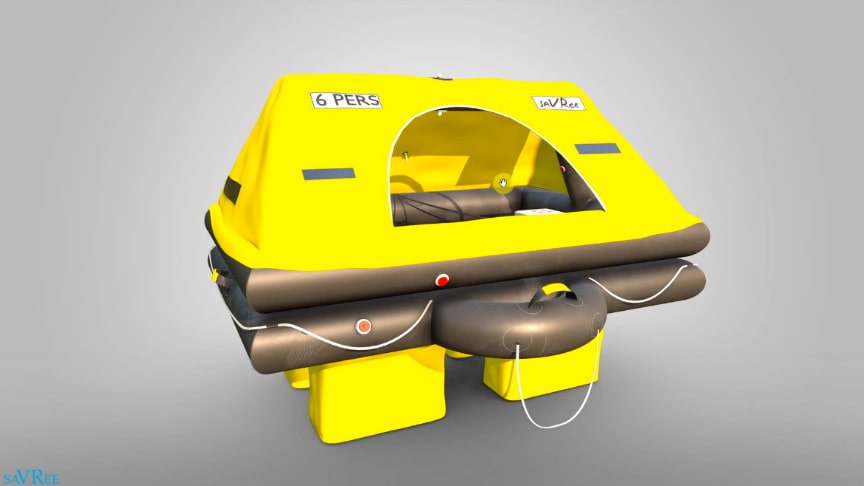 A quick release and pressure release mechanism is fitted on ships so that the canister or pump automatically inflates the lifeboat, and the lifeboat breaks free of the sinking vessel. Commercial aircraft are also required to carry auto-inflating liferafts in case of an emergency water landing; offshore oil platforms also have liferafts.Learn how life rafts work! How are life rafts designed? What equipment do they contain? This video from saVRee will explain some of these points and more!

Life rafts are stored in a fibreglass container, incorporated with a high-pressure gas used for inflating life rafts at the time of emergency.A Hydrostatic Release Unit (HRU) is connected to the raft container and ship, which release the raft even after the ship sinks in water.

Ship-launched lifeboats are lowered from davits on a ship’s deck, and are hard to sink in normal circumstances. The cover serves as protection from sun, wind and rain, can be used to collect rainwater, and is normally made of a reflective or fluorescent material that is highly visible. Lifeboats have oars, flares and mirrors for signaling, first aid supplies, and food and water for several days./wikipedia