The Space Shuttle orbiter is the spaceplane component of the Space Shuttle, a partially reusable orbital spacecraft system that was part of the discontinued Space Shuttle program. Operated from 1977 to 2011 by NASA,the U.S. space agency, this vehicle could carry astronauts and payloads into low Earth orbit, perform in-space operations, then re-enter the atmosphere and land as a glider, returning its crew and any on-board payload to the Earth. 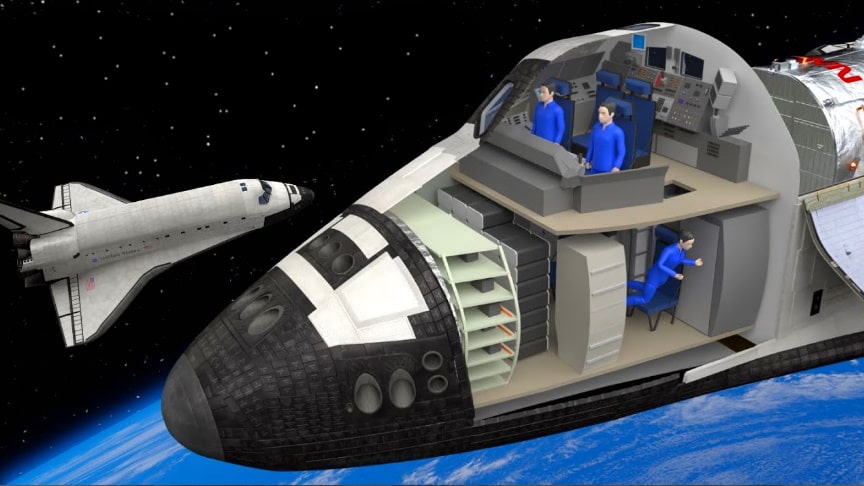 The space shuttle launched like a rocket. But it landed like a glider airplane.The solid rocket boosters and the main engines on the orbiter helped the shuttle blast off from Earth like a rocket. The two boosters dropped off the shuttle two minutes after launch. They fell into the ocean.

A special boat picked the boosters out of the ocean. They were used again for another flight. The external tank dropped off the orbiter after it had used all the fuel in the tank. The external tank would burn up over Earth. So the tank could not be used again.When the shuttle orbiter returned to Earth, it came down from the sky like an airplane. Wheels came out from underneath the orbiter. It rolled to a stop on a runway. Then NASA would prepare it to fly on another mission.