THE WORLD’S only wooden supercar, known as the “Splinter”, is a high-performance sports car that is estimated to be 90% wood. 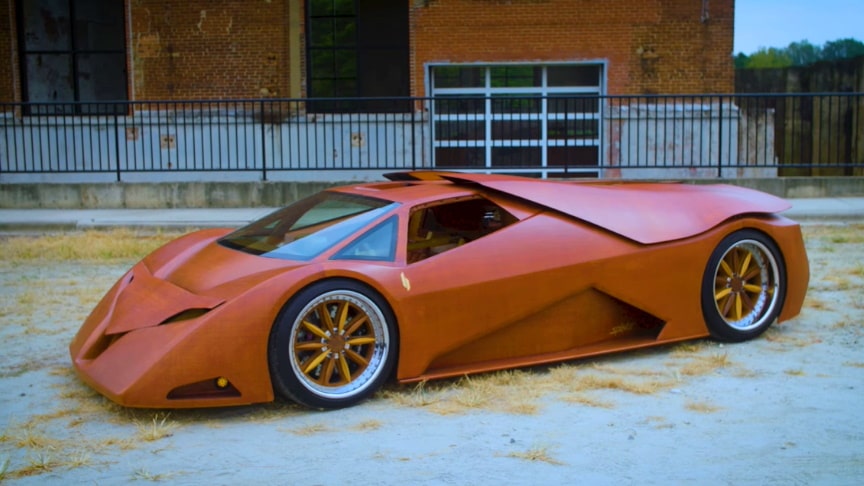 Fuelled by a lifelong desire to design and build his own car and inspired by a WWII airplane called the de Havilland Mosquito, designer and builder, Joe Harmon, from Mooresville, North Carolina, spent roughly nine years working on the Splinter with the help of his team.

The Splinter began as a graduate school project at North Carolina State University and has continued since. Joe said that the goal was to use wood in the construction of the car in every possible application – wood is our only naturally renewable building material, it is biodegradable and takes a small amount of energy to produce.

Also, according to Joe, wood has a better strength-to-weight ratio than steel and aluminium. Every wooden part of the Splinter is made from composite construction. Even though the car is not comfortable and may be impractical, Joe said that the goal in creating this car was to explore new ideas and perceptions of wood./Barcroft Cars