The split-cycle engine is a type of internal combustion engine.In a conventional Otto cycle engine, each cylinder performs four strokes per cycle: intake, compression, power, and exhaust. This means that two revolutions of the crankshaft are required for each power stroke. 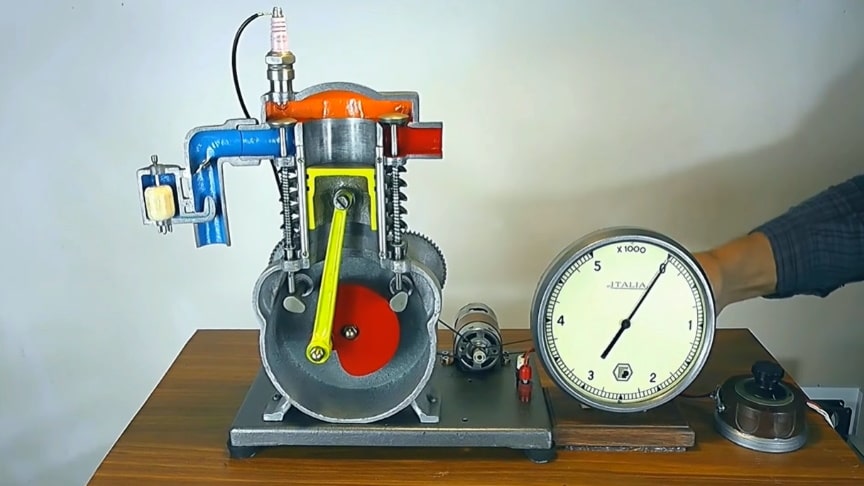 The split-cycle engine divides these four strokes between two paired cylinders: one for intake and compression, and another for power and exhaust. Compressed air is transferred from the compression cylinder to the power cylinder through a crossover passage. Fuel is then injected and fired to produce the power stroke.

A split cycle engine invented by New Zealander Rick Mayne used a multitude of small cylinders arranged in a radial arrangement with pistons operated by a Geneva mechanism.