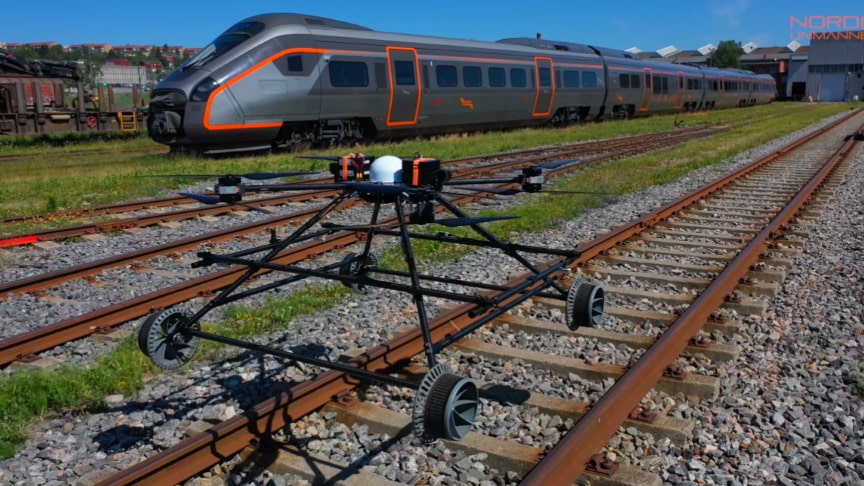 This unique robot can inspect critical parts of the railway infrastructure whilst driving on the track. Should the Railway Robot encounter oncoming traffic, it can avoid dangerous situation by flying to the side of the track and let traffic pass. The sensors onboard the robot automatically detects changes on the railway, whilst providing a live data feed to decision makers.

The dronecan operate on the railway for around 7 hours with an average speed of 20 km/h. The robot can cover up to 200 km, which is a distance equivalent from Amsterdam – Brussel.

Furthermore, it can switch from one railway track to another, give way to oncoming traffic, and switch to alternative tracks. With the ability to not disturb regular traffic, the Railway Robot will significantly streamline and improve the maintenance work at railways.//Nordic Unmanned