We use it all the time but most people have never actually seen the inner workings of an escalator! An escalator is just a simple variation on the conveyer belt. A pair of rotating chain loops pull a series of stairs in a cons­tant cycle, moving a lot of people a short distance at a good speed. 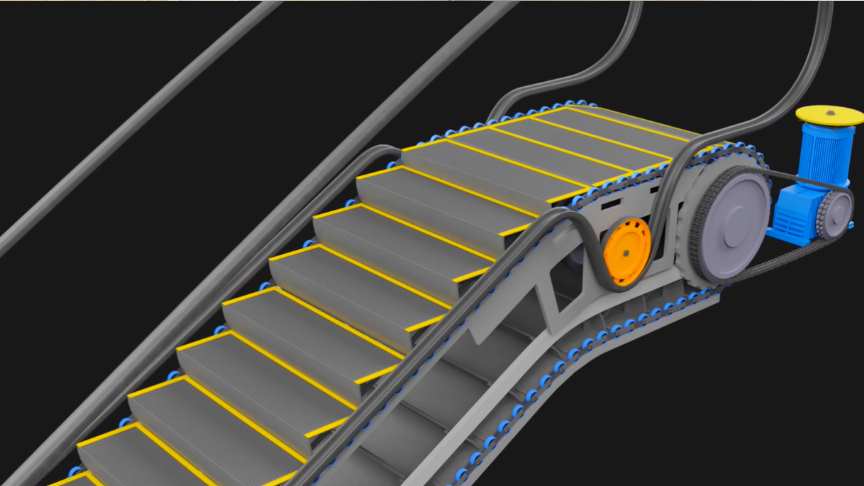 Summary: I’ve animated the inside to give you a detailed look at the steps, step chain, gears, handrail, and the motor. My favorite part is how the steps always stay level when they’re on top. video by Jared Owen:

In this video we also take a look at how escalators layouts such as side by side or the criss-cross configuration. And yes they really do have spiral escalators! Escalators are powered by constant speed alternating current motors and move at approximately 0,5 m/s which is 2 km/h using about a 100 horsepower.

Stair sscalators are made up of a set of interlocking steps, powered by an electric motor. A pair of chains looped around two pairs of gears rotate to move the steps along while a larger metal structure called a truss encases the entire mechanism to connect the floors.Each step of the escalator has two sets of wheels, which rotate along two separate tracks.