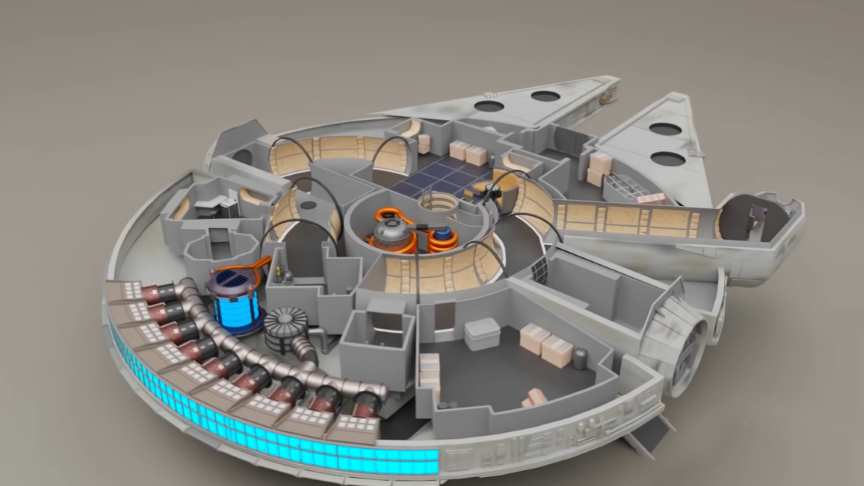 The outside features of the ship include the mandibles, docking ports, sublight engines, heat exhaust vents, rectenna dish and the quad laser cannons.

Due to heavy modifications to the ship – it is considered the fastest starship in the galaxy. Additionally, the Falcon appears in a variety of Star Wars expanded universe materials, including books, comics, and games; James Luceno’s novel Millennium Falcon focuses on the titular ship.