A Concrete “Battery” could be the future of energy storage. Energy Vault, a Swiss startup, has created a way to store electricity in concrete blocks. The technology helps use solar power when sun doesn’t shine and wind power when the wind doesn’t blow.via: Quartz 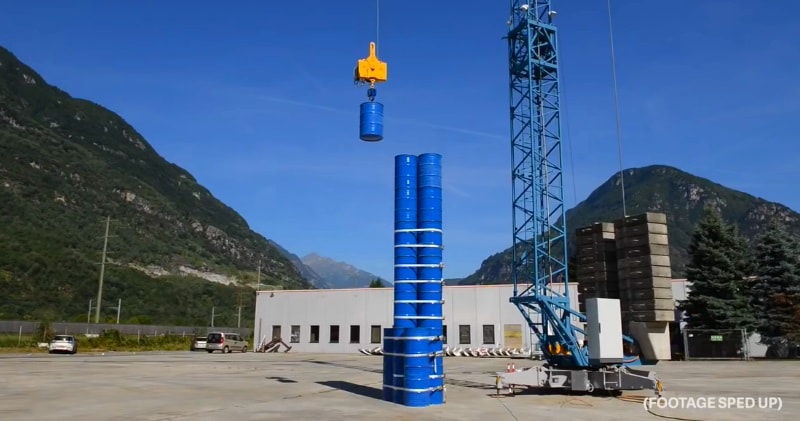 It’s a low-tech alternative to lithium-ion batteries. There’s been a lot of progress in renewable energy with solar and wind power, but renewable energy storage remains a challenge.read more Quartz

Energy Vault’s idea is similar to hydroelectric power, but instead of using water and dams, it uses concrete blocks and cranes.

The low-cost, low-tech solution is proof that some of the answers to our energy-storage problems may be hiding in plain sight.Energy Vault claims that their system can produce between 10 to 35MWh.The system is not creating the power itself but is a way to store it./Quartz