We checked out the subsonex micro jet yesterday. Here is Evan from McLaren Aerospace,giving us a detail look at the aircraft.McLaren aerospace is a build assist program for experimental aircraft. They are unique in their service because the can be completely mobile; meaning they come to you the builder to help build our your airplane./MojoGrip 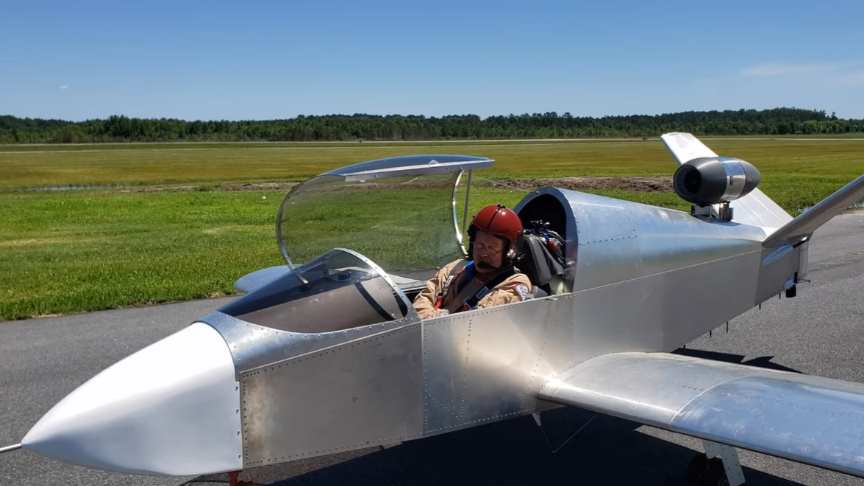 The SubSonex is an experimental, single-place, amateur-built jet from Sonex Aircraft’s “Hornet’s Nest” development division.The aircraft is often referred to in the industry as a “microjet”.

The JSX-1 is a single place, single engine, jet aircraft similar in design to an Onex, with a Waiex style Y tail, fixed main landing gear and a retractable nosewheel. It was introduced at AirVenture 2009.

It is powered by a Czech-built PBS TJ-100 turbojet engine mounted above the aft fuselage, with the exhaust exiting between the Y-tail. The SubSonex achieved first engine test runs in December 2009. The engine produces 1100 N (240 lb) of thrust. Originally developed with only a central mono pod wheel, tail wheel and small wing tip outriggers, the prototype exhibited directional controllability problems during taxi-tests./wikipedia