The Messerschmitt-Bölkow-Blohm Bo 105 is a light, twin-engine, multi-purpose helicopter developed by Bölkow of Ottobrunn, West Germany. It was the first light twin-engine helicopter in the world, and the first rotorcraft that could perform aerobatic maneuvers such as inverted loops. 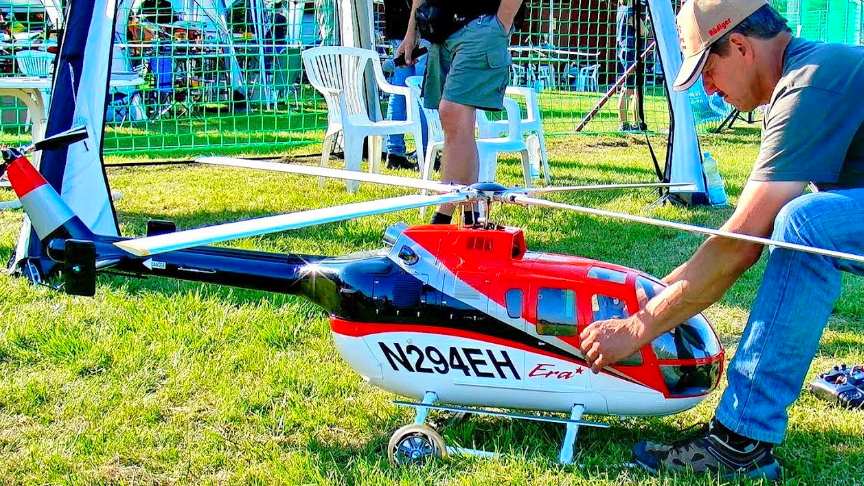 This Big RC 1/5 Scale BO-105 helicopter has a rotor diameter of 2.00m, a lenght of 1.8m. The take-off weight of the helicopter is 10kg. The helicopter is powered by an electric engine. The pilot of this helicopter on this video is Rüdiger Rung.

With its wide landing gear and the high-level tail rotor the helicopter is well suited for the less experienced pilots.The kit is complete to supplement an existing T-Rex 700 mechanism.///RC MEDIA WORLD