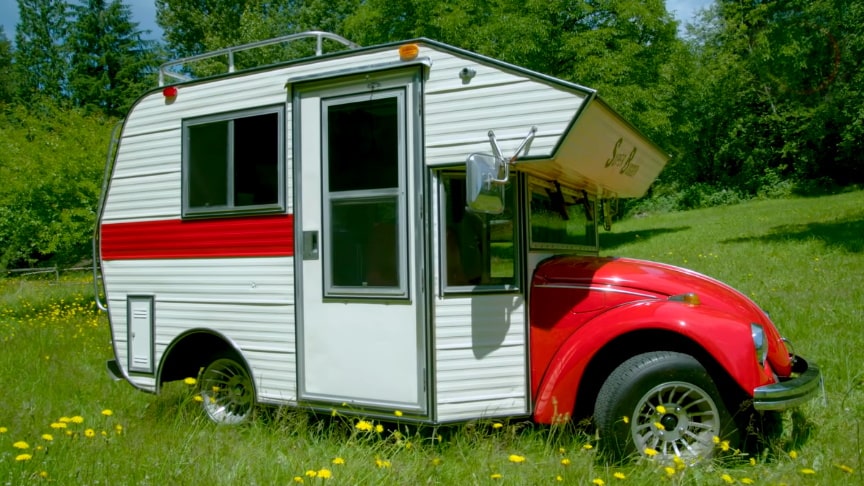 Back in the 1970s, a Californian company had the bright idea to convert the humble box into a piece of art – and they named it a ‘Super Bugger’ – it was later sold for $6,000.

It’s claimed that the Super Bugger conversion would only add an average of 250 lbs of weight to the Beetle, this is because the structure of the camper section is largely made of wood and fiberglass, both of which is lighter than the steel used in the original body.

Sandra inherited the bugger after her father’s death, who bought the car back in the 80s. Speaking of her rare vehicle, Sandra told Barcroft TV: “She is my little girl, she is precious to me. It’s a fun vehicle to drive around!” The interior is straight out of the 1970s. There’s room for two people to sleep,this Super Bugger has the 1.6-liter flat-four engine from a 1973 Super Beetle./Barcroft Cars