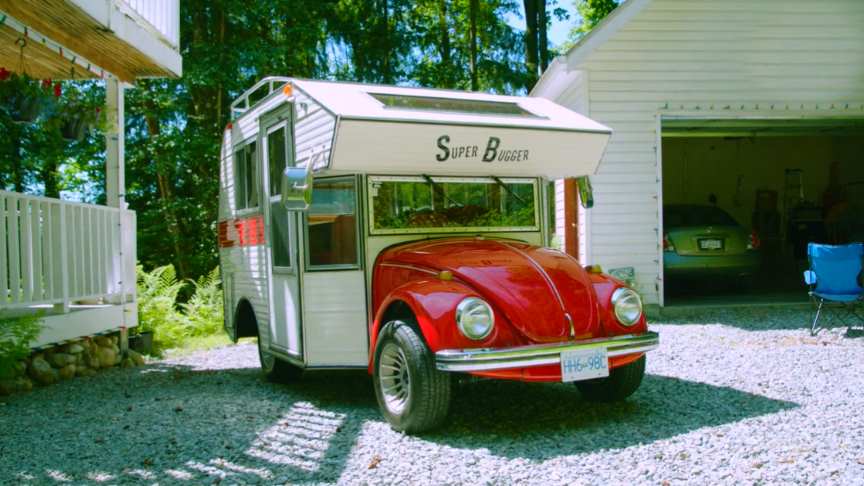 Back in the 1970s, a Californian company had the bright idea to convert the humble box into a piece of art – and they named it a ‘Super Bugger’ – it was later sold for $6,000. The panel provides just enough space for a tiny interior and a small kitchen.

There’s no room for a bed or a bathroom because it was only intended for camping, not a permanent residence. Inside, the car featured a pull-out bed tucked into a space above the cabThe original Super Bugger required a Microbus engine to be installed under the Beetle’s hood to sustain highway speeds of 50-55 mph.

Sandra inherited the bugger after her father’s death, who bought the car back in the 80s. Speaking of her rare vehicle, Sandra told Barcroft TV: “She is my little girl, she is precious to me. It’s a fun vehicle to drive around!”/Barcroft Cars