In an internal combustion engine, a turbocharger (often called a turbo) is a forced induction device that is powered by the flow of exhaust gasses. It uses this energy to compress the intake gas, forcing more air into the engine in order to produce more power for a given displacement. 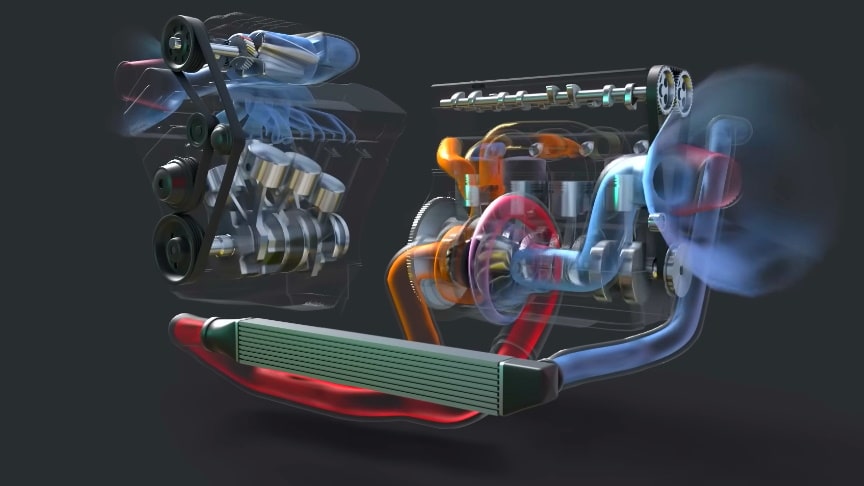 In an internal combustion engine, a supercharger compresses the intake gas, forcing more air into the engine in order to produce more power for a given displacement. Watch the video from Animagraffs for more info: