With the ability to transport an Army brigade of 3,000 troops and 7 and a half thousand tons of equipment within ninety-six hours, this colossal aircraft design would have put America’s army right on the world front door.And it couldn’t be built fast enough, with the pentagon ramping up design to deliver a fleet of aircraft by the end of 2020. 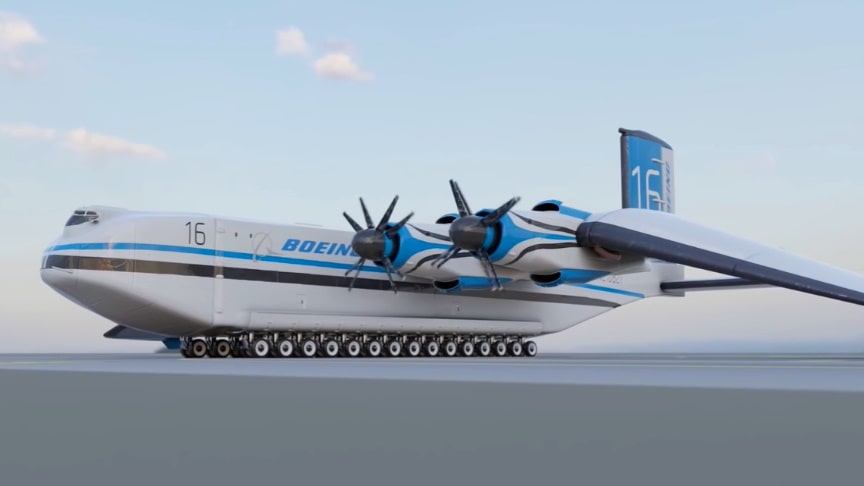 Its 500-foot wingspan would make it the largest military transport in the world, regulating the Antonov 225 to look like a regional jet, but the accountants at Boeing thought why stop there? They came up with grand plans to change commercial and cargo aviation as well. video by: Found And Explained

But it never happened, and the year 2020 came and went without the ULTRA plane gracing our skies. Design work on the Pelican Super Transport plane began at Boeing Phantom Works in 2000. The brief from the United States military was fairly straightforward: design a plane large enough to transport thousands of troops, military equipment and other needed provisions during wartime or at the height of battle as fast as possible.

By the way, the Pelican was conceptually very simple: it was a massive, conventional wing-body-tail cantilevered monoplane, whose payload would be carried in standard sea-going containers inside the enormous, unpressurised fuselage. via/read more: Found And Explained