The Triumph Bonneville T120 is a motorcycle originally made by Triumph Engineering from 1959 to 1975. It was the first model of the Bonneville series, which was continued by Triumph Motorcycles Ltd. The T120 was discontinued in favour of the larger 750 cc T140 in the early 1970s. 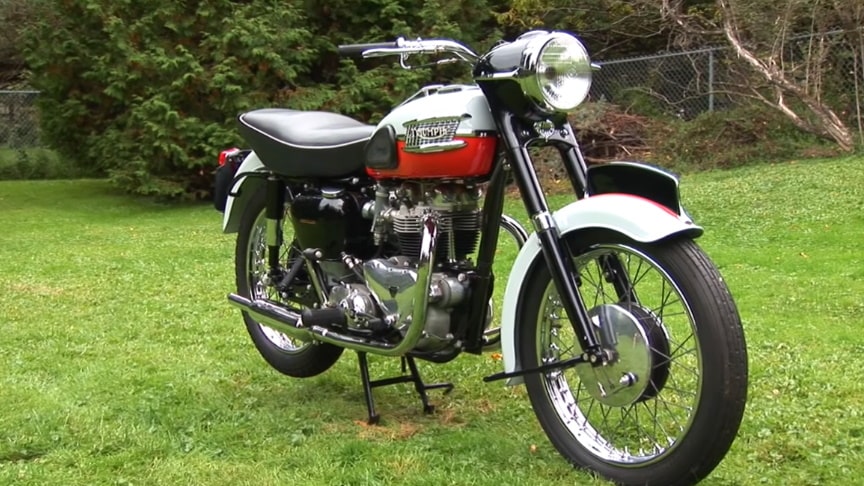 With a 649 cc (39.6 in3) parallel-twin (two-cylinder) engine the T120 was based on the Triumph Tiger T110 and was fitted with the Tiger’s optional twin 1 3/16 in Amal Monobloc carburettors as standard, along with that model’s high-performance inlet camshaft. Watch the video from KinckSound for more info:

Launched in 1959 by Triumph as “The Best Motorcycle in the World”, the Bonneville T120 was aimed mainly at the lucrative US market where enthusiasts were demanding extra performance.

Initially produced with a pre-unit construction engine which enabled the bike to achieve 115 mph (185 km/h) without further modification, the power tended to induce high speed wobbles from the single downtube frame, so in 1963 a stiffer and more compact unit construction model was introduced, with additional bracing at the steering head and swinging arm./wikipedia