Surf Seeker Ron Berry’s Custom Built Kombi Bus,Ron manages to completely change the design of the original vehicle, but keep the look and feel so that they are instantly recognisable. Plus the engine that powers this cartoonish vehicle has a deep connection with Berry’s early drag racing roots. 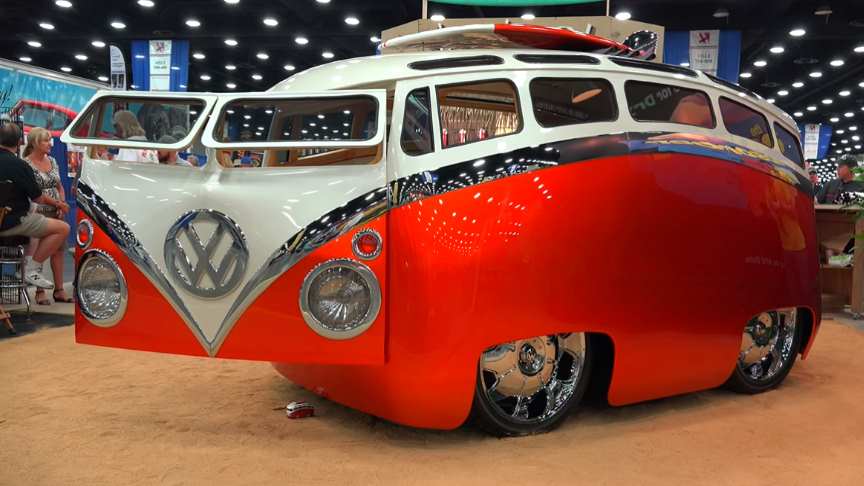 It might look like a tripped-out cartoon, but Ron Berry’s crazy Kombi is the real thing.With its big 24-inch chrome wheels tucked in effortlessly, the hand-built Surf Seeker is a sight to behold. Its body lines are bent to a degree that almost looks unreal. 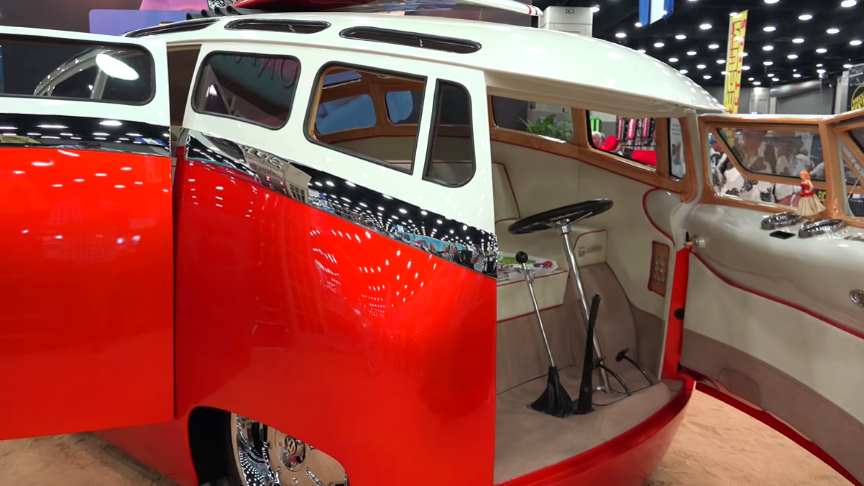 Ron designed and hand built the highly detailed vehicle out of steel on a 1965 Minibus suspension and added a 2175 air cooled supercharged engine to give it around 200 horsepower under the rear hood.

I remember the first time I laid eyes on Ron Berry’s Custom VW Kombi Bus in real life.2017 SEMA.I had seen it on the internet several times and it was love at first sight.I mean I knew there was nothing I wouldn’t do to shoot this crazy custom VW Kombi Bus if I ever had the chance.

This VW Bus is as cool as it gets.The fabrication work is incredible and when you look at it.Impossible.It has a cartoon kinda of affect to it.Like a life size Hot Wheels.Way cool for sure.I hope you enjoy it as much as I did.Check it out!!!/ScottieDTV