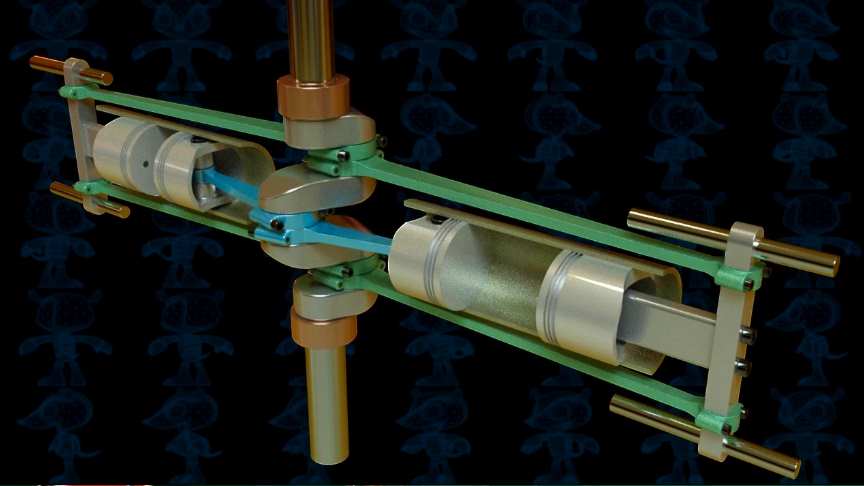 This engine layout doesn’t require a cylinder head. Without a cylinder the engine is able to retain more heat creating a more efficient burn and produces more energy. Having the pistons horzontal like that also produces less vibration and a lower center of gravity than in a v-shaped piston layout.

Each cylinder, horizontally opposed as in a boxer engine, contains two pistons facing each other. It’s also powerful for its capacity, with one power stroke per crank revolution, per cylinder.The main drawback was that the power from the two opposing pistons has to be geared together.

This added weight and complexity when compared to conventional piston engines, which use a single crankshaft as the power output.The layout means a lower center of gravity (meaning better handling such as what Porsche is legendary for), it is inherently balanced due to having piston movements perfectly opposed unlike the V engine,it also has a unique sound to boot.