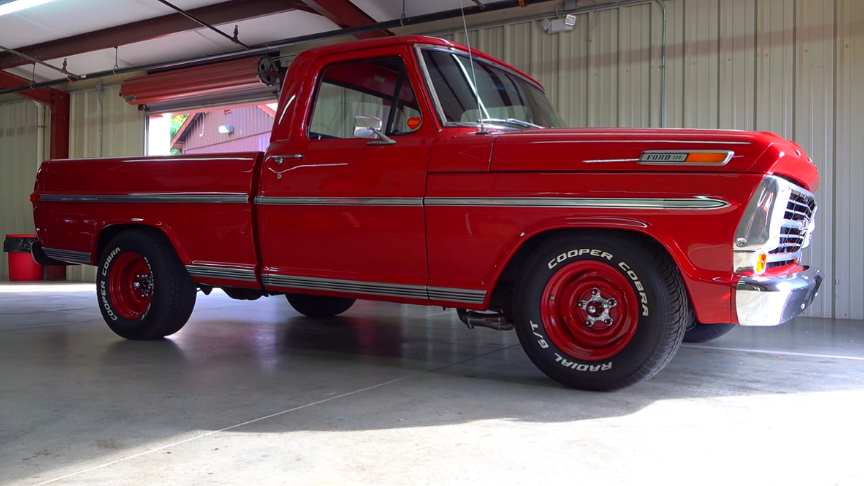 A get in and drive it anywhere you want look..But the owner didn’t feel that was enough.lol.I finally talked Him into it.Not only does it have a cool look..It has a cool history.In the current owners family since it was a week one.

But they are not the first owner.lol.It has been a work truck most of it’s life.A farm truck.Some how it survived.This is the second time this 1968 Ford F100 has been done like this.Grandpa bought it and used it for the Farm.

His Son had it redone to a driver kinda truck.The Grandson and His father in law took it to this level a few years back.It;s a Ford in a Ford.The stance is nailed.The interior is old school cool.This 1968 Ford F100 pickup from the 2020 Auto Crusade Car Show is one that is just a cool truck.via/read more: ScottieDTV