The highly acclaimed and sought after Bulldog 4X4 is the world’s first American made production brush truck designed to carry up 2,000 gallons of water or foam through the most extreme environments. These trucks are so useful in so many different ways many end up being used on almost every call: from car fires, to structure fires to the hard to reach brush fire.//Howe & Howe 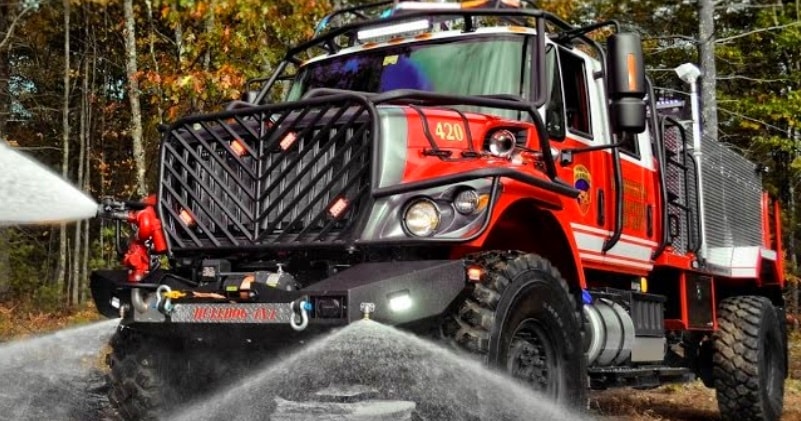 Based on the indestructible International 7400 4X4 platform and equipped with 54″ military Hemmit tires, Bulldog is one of the most capable off-road fire trucks on the market today.