Matia Robotics is proud to announce the all-new 2020 Tek RMD! The Tek RMD now comes in four new configurations, all of which can be mixed and matched.The Tek RMD is a mobility platform from Matia Robotics. 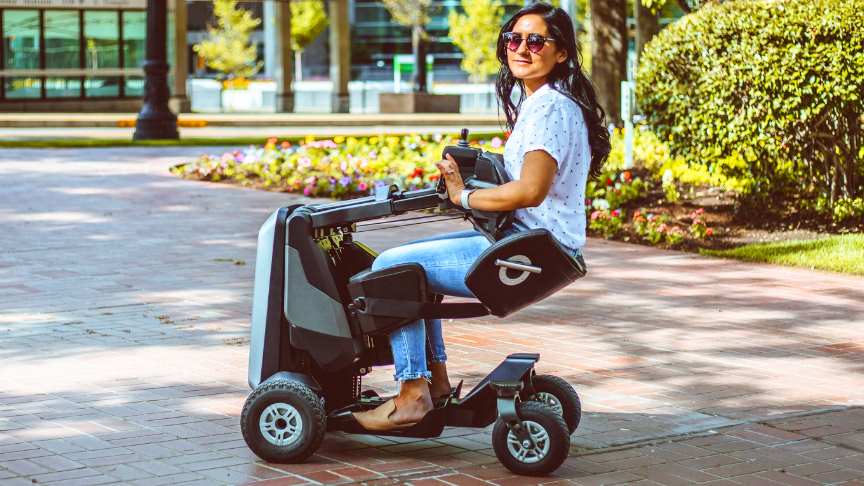 The Tek Robotic Mobilization Device is not a wheelchair alternative, but a mobilization device that completely reimagines the way individuals with paraplegia and other walking disabilities are able to move in the world.

The ability to independently and safely sit, stand, and navigate environments that were once inaccessible is now possible.The Tek RMD allows users to board from the back without the assistance of others, providing greater independence.Once boarded, it is very easy and quick to stand up with the Tek RMD.

The suspension system contains a gas spring mechanism that balances the weight of the user. The Tek RMD is only 16.3″ wide and 29.5″ long (42 cm X 75 cm) and weighs 110 kg,it covers only one third of the space of a small wheelchair.Tek RMD’s Remote Control allows the user to be free from the device.read more: matiarobotics.