The highly anticipated Tuatara was revealed to the public at the Pebble Beach Concours d’Elegance Press Conference at Peter Hay Hill. The American built hypercar was unveiled by Founder and CEO Jerod Shelby and world renowned designer Jason Castriota.via: sscnorthamerica 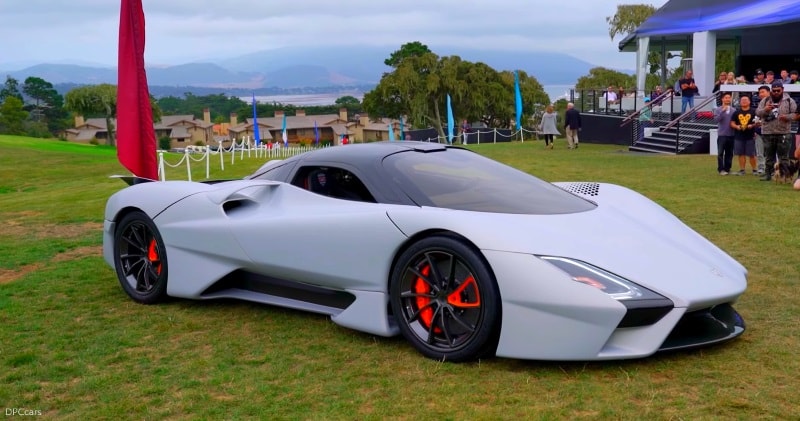 Specific details about the meticulously engineered car were announced at the conference as it was unveiled.With the final stages of testing and calibration of the Tuatara nearly complete, engine specifications were validated and released to the public.

As engineering specifications are surpassed and verified, SSC has full confidence in the Tuatara‘s goal of exceeding 300 mph with a margin of error.The all carbon fiber body and chassis not only give the Tuatara a lightweight structure, but boasts an unmatched hypercar drag coefficient of 0.279. Jason Castriota brought a timeless design to the Tuatara, inspired by the aerospace industry and producing superior aerodynamics with alluring curvatures.//Tuatara