Ladies and gentlemen, this is it. This is the very beginning of Porsche; the start of one of the world’s most famous sportscar (and now SUV) makers on the planet. Chris Harris details the story of the simply incredible Type 64. 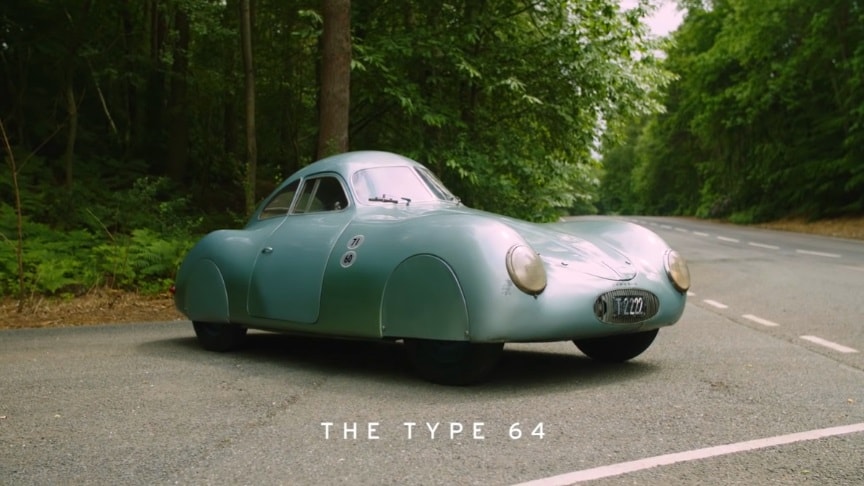 The Porsche 64, also known as the Type 64 and Type 60K10, is considered by many to be the first automobile from what was to become the Porsche company, and a true design precursor to the post-war production model. The model number comes from the fact that it was built mainly from design drawings for the Type-64 “record car”./wikipedia

Most mechanical parts came from the 38 prototype series. The chassis was heavily reinforced and the engine also reworked to produce around 40 horsepower.The Type-64 was only a drawing until the three racers were built.

The body was also a compromise in that the cab had to look like a KdF car,[citation needed] but the rest was ‘record’ car. The VW beetle was the Type-60, and the name the “60K10” means body design 10 for the Type-60 Beetle. Its flat-four engine produced 50 bhp and gave a top speed of around 160 km/h (99 mph)./wikipedia