When the car’s computer wants more turbo boost, less boost, or to maintain boost, it rapidly opens and closes an electronic valve, the N75 turbo boost control solenoid, to control vacuum pressure to the VNT actuator. Inside the actuator is a spring loaded rubber diaphragm which holds a rod back. 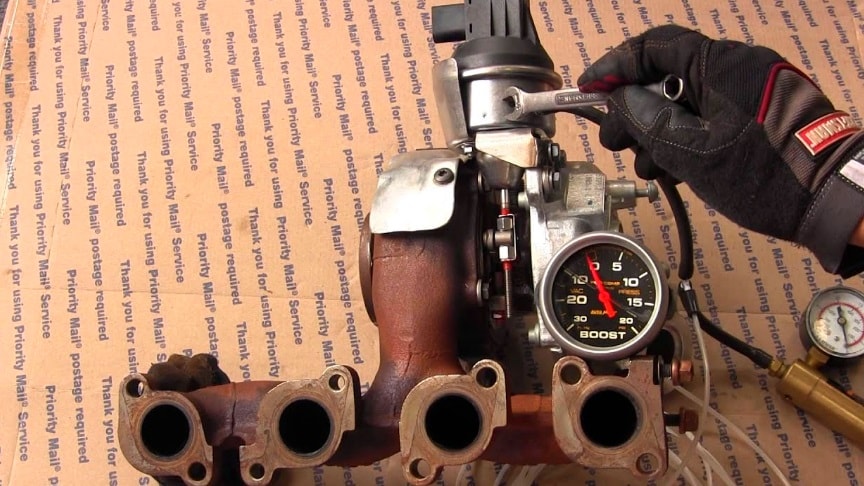 When the actuator gets vacuum, the vacuum works against the internal spring and extends the rod. At rest the rod should be retracted. At full vacuum the rod should be extended and touching a stop screw. This is the opposite of Garrett turbos used on older TDI whose actuator retracts the rod under vacuum. Watch the video from myturbodieseldotcom for more info:

The turbo uses variable vanes (VNT) which are moved from a vacuum operated actuator. Sticking inside the turbo vanes, the turbo lever which directly moves the vanes, or the actuator which moves the lever are the most common mechanical cause of poor turbo response or overboost/underboost error codes.

The vacuum lines or solenoid which control vacuum to the actuator can also cause turbo issues because the actuator will not function correctly without correct vacuum response. If the car’s computer sees incorrect response, it goes into limp mode to prevent any engine damage from turbo overboosting or severe underboosting.via/read more: myturbodieseldotcom