The lungfish has the remarkable capacity to survive even as the Congo River’s waters turn to mud. The African lungfish can sleep for three to five years without any sustenance, only to wake up when water becomes available. 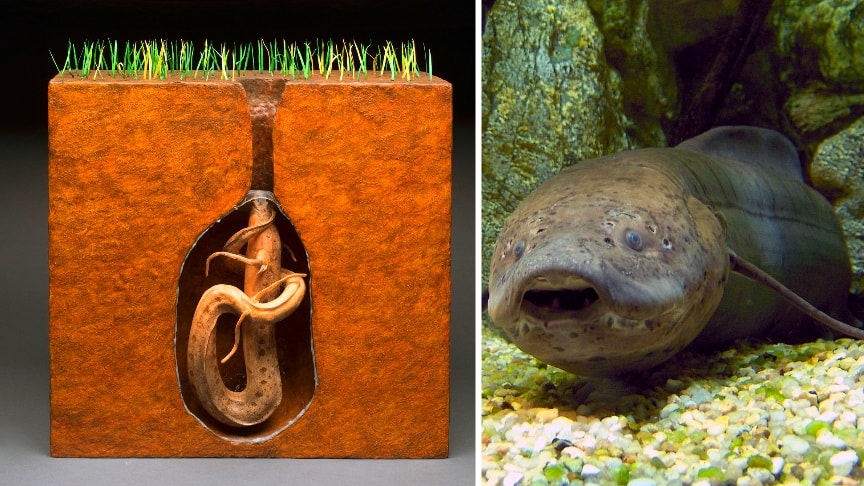 The researchers claim that in the process they slow down their biological clockIt is demersal, meaning that it lives primarily buried within riverbeds. Due to the dry season frequently drying the rivers and floodplains in which it lives.

The Tana lungfish has a diet not unlike other lungfish, consisting of various mollusks, crabs, prawn, and small fish within its distribution.It can also go for up to 3 1/2 years without any food intake whatsoever.

During this time period it behaves much like an estivating fish in that it buries itself in the mud and does not move until more favorable conditions occur. A study showing what happens on the cellular level to the fish could help scientists one day induce a similar state in humans, making long distance space travel and more advanced forms of medicine possible.