It sounds like the stuff of science fiction: A Boeing 747 with an internal hanger loaded with 10 specially designed fighter jets. An on board crew to launch, recover, refuel and rearm the jets while in mid-flight. Sleeping quarters and a crew lounge to ensure that a squadron of 14 fighter pilots and 18 mission specialists stay rested.via: Mustard 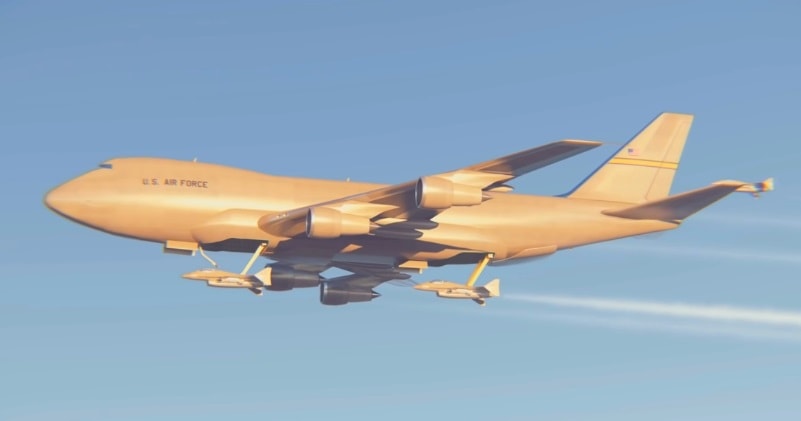 All of it hurtling forward at Mach 0.85, 35 thousand feet above sea-level. That’s asking a lot from a Boeing 747 Jumbo Jet. But a once classified feasible study prepared for the U.S. Air Force details how it could be done./read more: Mustard

An Airborne Aircraft Carrying Boeing 747 might have been an overly-ambitious, overly-complex and ham-handed idea from 1970s, but it wasn’t entirely out of left field. The U.S. Military had been experiment with the aerial aircraft carrier concepts for nearly half a century.

In the early 1930s, two U.S. Navy airships, the USS Akron and the USS Macon carried up to 5 planes stored inside an internal hangar bay. These airborne aircraft carriers enhanced the Navy’s seaborne scouting ability, and the airships’ onboard planes could be deployed for further scouting or defensive purposes.//Mustard