How might an electrically powered motorcycle look in the future? Get a glimpse of a highly emotional naked bike with electric drive from BMW Motorrad. While the Vision DC Roadster lacks the old-school boxer engine, its electric powertrain echoes the past. 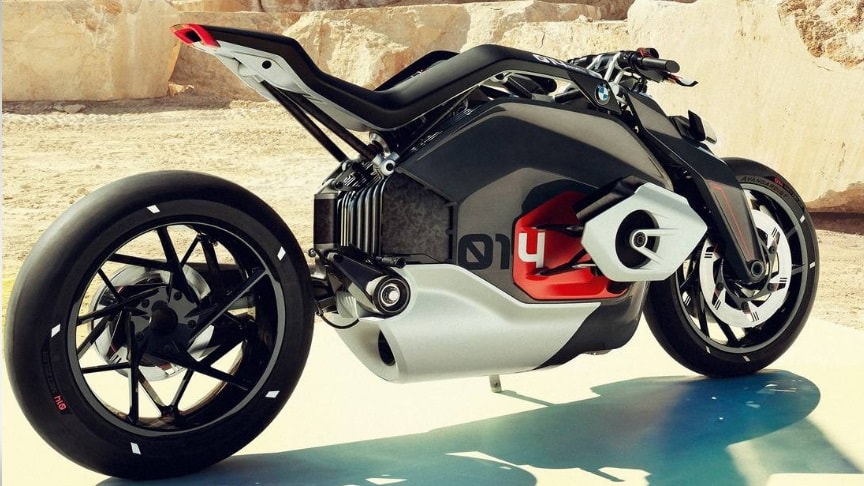 The battery is vertically-fitted and longitudinally-oriented where the boxer engine would have been. Like the old boxer engine, two side elements with cooling ribs flank the battery to cool it down. It’s a nod to the old boxer’s cooling elements developed by Max Friz back in 1923. 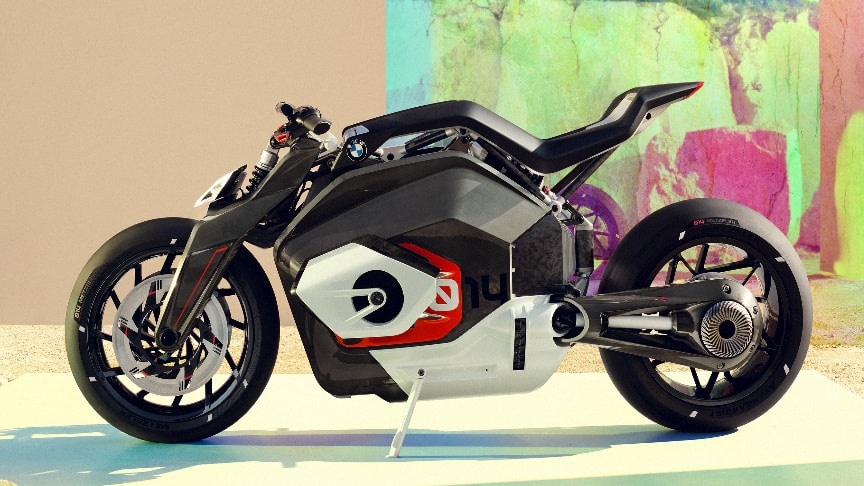 The cylindrical electric motor is located under the battery and sends power to the rear wheel via universal shaft. So it’s an electric powertrain that echoes the brand’s famed history.

The design of the electric motor consists of carbon fiber and polished aluminum. The lighting technology is based on LED elements and even on the tire sidewalls miniaturized lighting elements were installed.

Elements such as the seat and the cooling system appear to hover around the battery. On the frame itself, lengthwise milled grooves create a fascinating visual effect, reducing the perceived volume and highlighting the bike’s longitudinal dynamics.