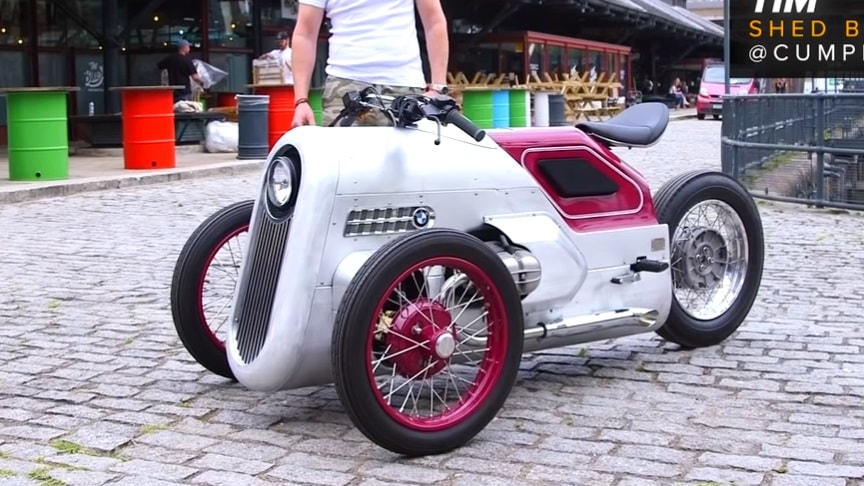 Based on a BMW R100, this is definitely one of the more unique airhead custom jobs we’ve seen in a while! Watch the video from Bike Shed Motorcycle Club for more info:

Model production began in 1976, with a premature shutdown and subsequent restart in 1985, and final completion of the series in 1996.The last of the “airheads,” this article also discusses the different /7 models of smaller displacements (R 60, R 75, R 80).