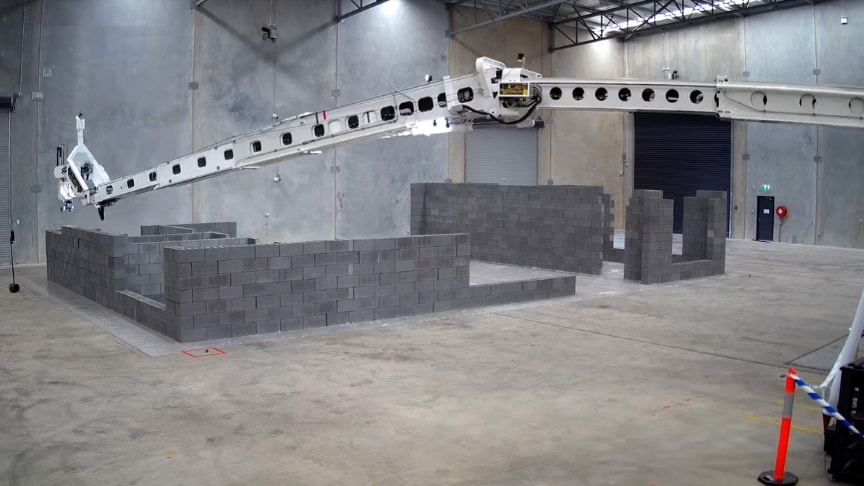 The Hadrian X is built from steel, aluminium and carbon fibre composites. It is controlled by a network of computers, robot vision cameras, servo motors and a laser tracker that monitors its laying position.According to current performance estimates, the Hadrian X will be able to lay approximately 1,000 bricks per hour, compared to the 300-400 bricks a day that a human bricklayer can place.

The machine cuts bricks to size before placing them on a conveyor belt along its arm. The bricks are then sprayed with an adhesive and put in place by the robot’s hand that is guided by a laser for accuracy.

This represents a world first achievement for the Company and the most significant technical milestone completed to date in the Hadrian X programme. It followed the successful completion of Factory Acceptance Testing of the Hadrian X construction robot. The video commences with the real and live Hadrian X robot building the home structure at FBR’s Australian headquarters and concludes with vision highlighting the possibility for Hadrian X.