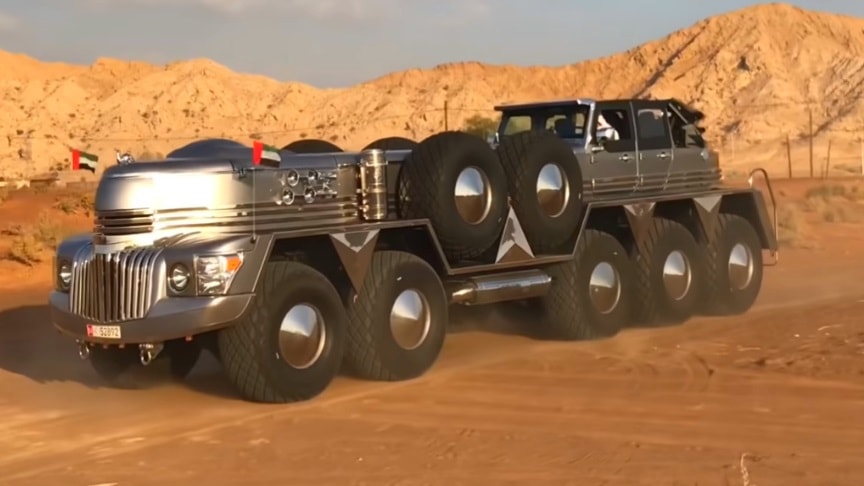 Based on the Oshkosh M1075 military truck with the PLS (Palletized Load System), Dhabiyan is also packed with a Jeep Wrangler was annexed to it as a driver cabin. M1075 PLS is a truck-based logistic system, which is best suitable for long distance journey. 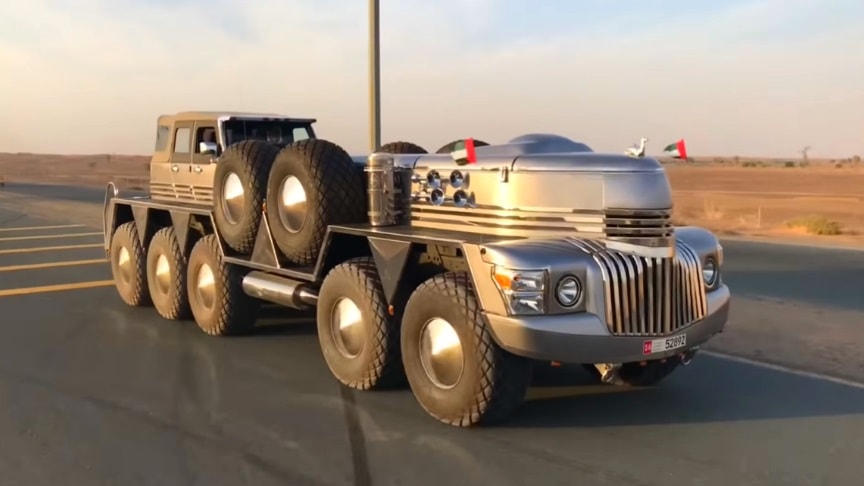 The mega truck features a big 600hp Caterpillar C15 engine and a 15.2-liter, 6-cylinder inline water-cooled diesel. The truck, which is 10.8 meters x 3.2 meters x 2.5 meters, weighs 24 tons.Built and modified by His Highness Sheikh Hamad Bin Hamdan Al Nahyan, Dhabiyan now is known as the Largest SUV in the World.

The overall design somehow resembles a streamlined American locomotive, some of the chassis is recognizable. For example, the cabin is Jeep Wrangler front is “stolen” from a 1940s truck, and just below the cabin sits part of the rear of a Dodge Dart, while up front you’ll notice the headlights of a Ford F-Series Heavy Duty truck.

While no performance specifications have been revealed so far, Dhabiyan has been described as a “desert ship”. The cost of production for Dhabiyan has been kept confidential; however; it is safe to assume that it was not cheap at all.