It looks like Tesla Cybertruck has inspired so many designers to come up with many cool projects to complement that unique, sharp geometric exterior.Designed by LARS BÜRO, The CYBUNKER is a modular architecture that can be deployed as a hi-tech depot, an ADU (Accessory Dwelling Unit), or an off-grid residence. 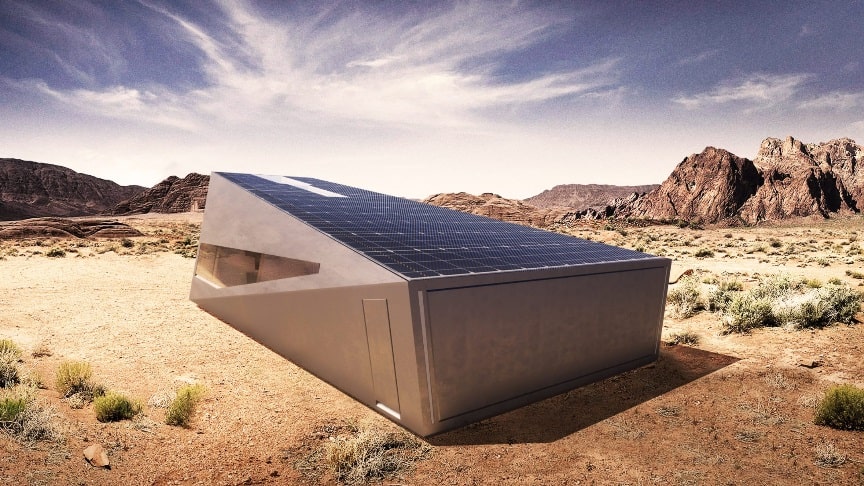 Thanks to its rigid steel monocoque structure and aerodynamic shape, the Cybunker is able to withstand the toughest environmental conditions, while its state-of-the-art circular infrastructure creates a microgrid capable of ensuring self-sustenance in the most isolated sites, or as an auxiliary system for on-grid dwellings.via/read more: LARS BÜRO. 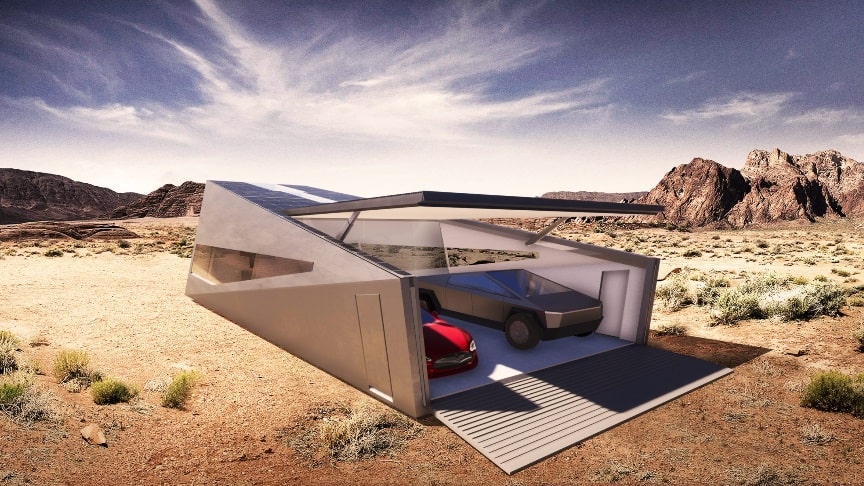 Inside, two folding gates reveal a 600 square-foot depot able to accommodate an array of equipment and vehicles -including trucks that don’t fit in standard garages. For more extreme or hostile environments, this depot can be equipped to function as an airlock, allowing a safe transition between exterior and interior.

Thanks to its inherently open, monocoque architecture, the 1,800 square-foot interior layout of the Cybunker can be customized to serve limitless functions, including an apartment, shelter, storage, or other commercial uses. While maximally protective, the unit features panoramic views through its lateral windows made of armored glass, with skylights allowing additional sunlight to enter the space. 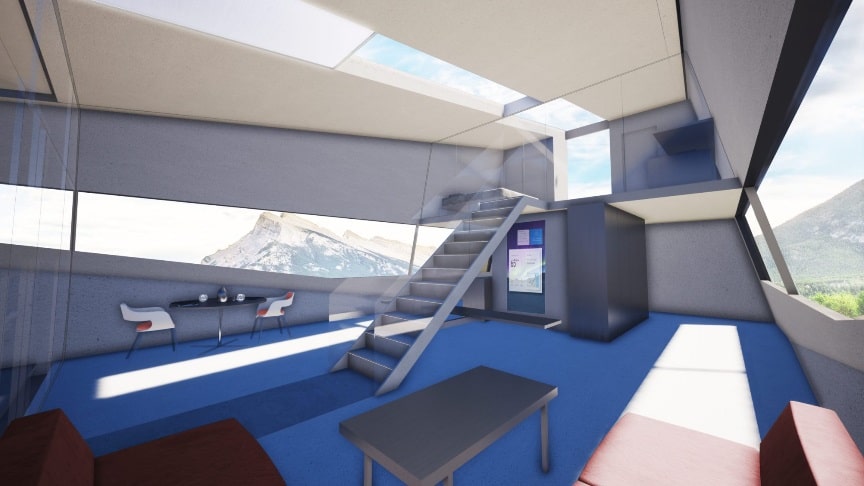 At the base of the Cybunker, an infrastructural “motherboard” houses all of the unit’s utility and computer systems, cisterns, pumps, as well as a battery bank that stores all energy generated on the roof’s seamless PV cladding. Whether sited on the most remote location, or as a man cave in a suburban lot, Cybunker guarantees a versatile and futureproof system that can be deployed to withstand the toughest demands.via/read more: LARS BÜRO.