The Volocopter VC200, with 18 non-tilting propellers, made its first unmanned flight in November 2013. Its first manned flight was March 30, 2016; Volocopter claimed this as the world’s first 2-seat electric VTOL aircraft. 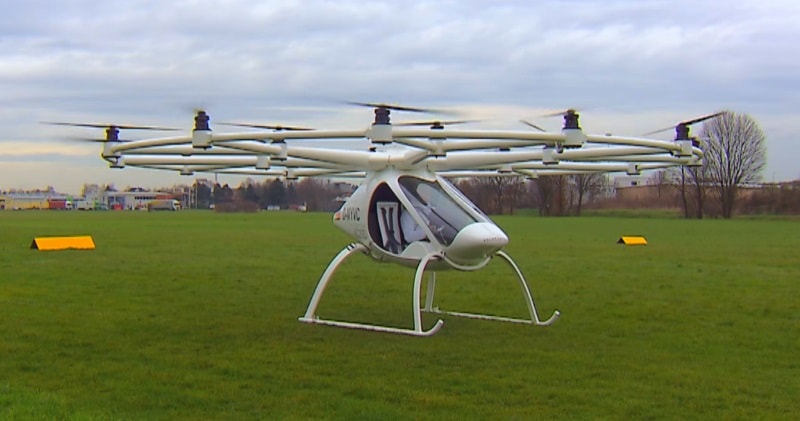 The aircraft is designed for up to 100 km/h (54 kt) and demonstrated a speed of 69 km/h (37 kt) in July 2016. The program is supported by Intel’s Ascending Technologies, DG Flugzeugbau GmbH and others.

The Volocopter 2X is a refined version of the VC200, with a limited number of pre-production prototypes now under development for future sale.With 18 motors and 9 battery packs, the aircraft features a lot of redundancy to make the short trips safe.

“The flight was totally awesome” pilot Alexander Zosel said right after his landing. “It is definitely a sublime feeling to lift off, fly the first few meters, and then actually take my hand off the joystick and think that, yeah, it’s really as if I’m standing on the ground, and then I look down and there are 20-25 meters beneath me. It’s unbelievable what we’ve achieved here. It’s seriously unbelievable!”