In the late 1940’s and early 1950’s the Soviet Union was in critical need of newer, more modern civil airliners. Existing aircraft like the Lisunov Li-2 (a license-build derivative of the Douglas DC-3) and Ilyushin Il-12 were small, slow, and outdated when compared to their western counterparts. 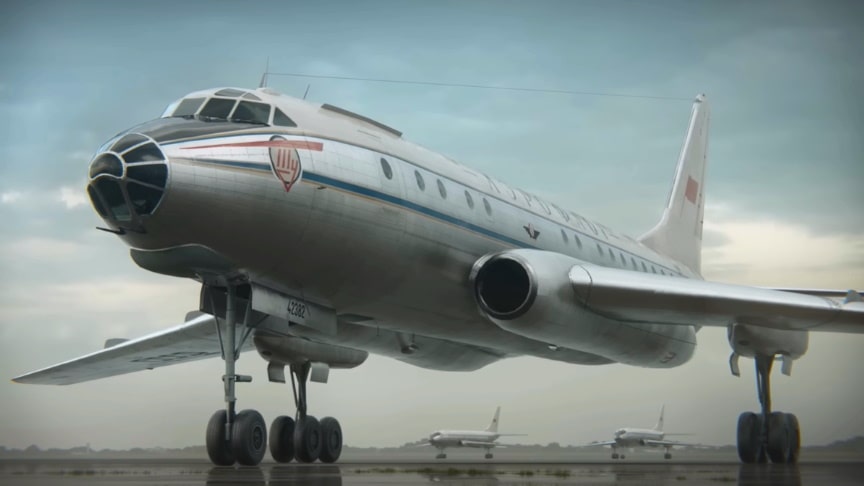 By 1953 plans were underway to solve the Soviet Union’s airliner shortfall, but one pioneering aircraft designer named Andrei Tupolev was committed to propelling Soviet civil aviation well into the future.Tupolev was convinced that jet power was exactly what the Soviet Union needed, but Soviet leadership was skeptical. Jet engines were relatively new and unproven. Watch the video from Mustard for more info:

There were lingering questions about long-term reliability, fuel consumption, and whether the resources needed to retrain Soviet pilots could be justified. More modern piston airliners seemed to be a more sensible path forward.Realizing that Soviet leadership would be unwilling to commit significant time and resources required to develop a jet airliner like the de Havilland Comet, Tupolev proposed an alternative approach.

Having just finished designing the jet-powered Tu-16 heavy bomber, Tupolev proposed converting the aircraft into an airliner. Doing so would save significant engineering time, allowing for the airliner to be introduced within just 3 years. It would also be far less expensive, as factories were already configured to manufacture Tu-16 components that could be reused on the airliner, like engines, wings, landing gear and avionics.