The K500 is a showpiece of design and quality. This machine was restored some time ago and is matching numbers. It is ready to run and runs very smoothly. A special detail is the working Veigel speedo. This K500 has papers from France. 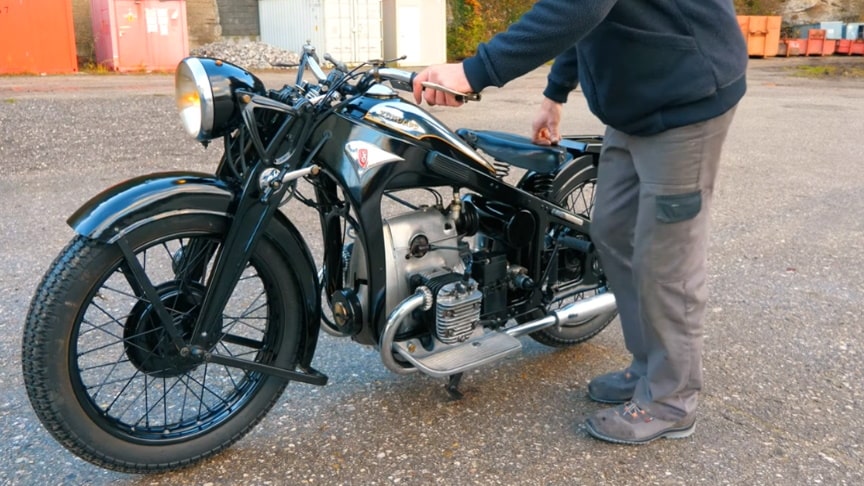 The first Zündapp motorcycle was the model Z22 in 1921. This was the Motorrad für Jedermann “motorcycle for everyone”, a simple, reliable design that was produced in large series.

Zündapp’s history of heavy motorcycles began in 1933 with the K-series. The “K” refers to the type of drivetrain that these models used, Kardanantrieb, meaning enclosed driveshaft with two universal joints.

Zündapp introduced the enclosed crankcase (then a novelty). The series encompassed models from 200 to 800 cc displacement and was a major success, increasing Zündapp’s market share in Germany from 5% in 1931 to 18% in 1937.