The title says it all.I caught up with “Quadzila” at the 2016 NSRA Street Rod Nationals.When it comes to motors.More in always better Gordon Tronson is a BIG believer in that. 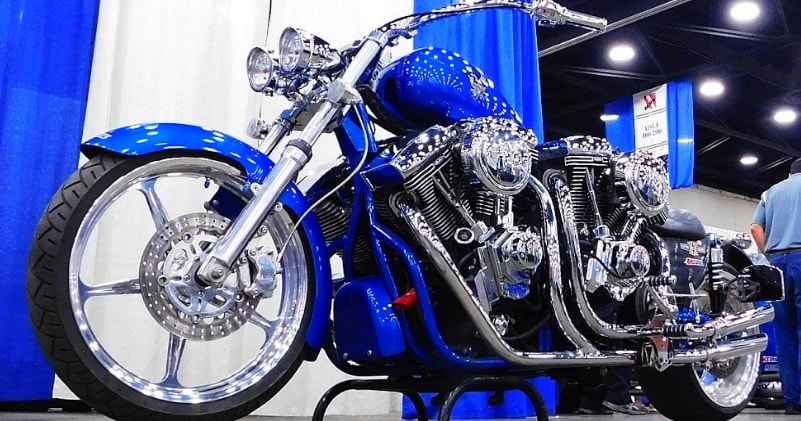 Quadzila is custom a motorcycle that has earned its name through the implementation of not one or two but FOUR v-twin engines that make this thing a head turner.Check it out!!!

I have shot more than one of His creations and they can all be spotted from a mile away.And they always make me smile!.Cool will always be Cool.And this Bike is way cool!!.