The HASSELL design for a Mars Habitat has reached the final 10 of NASA’s 3D Printing Centennial Challenge.This NASA competition sought perspectives from outside the traditional aerospace industry, to explore how a human habitat could be designed and delivered on Mars using autonomous 3D printing technologies. 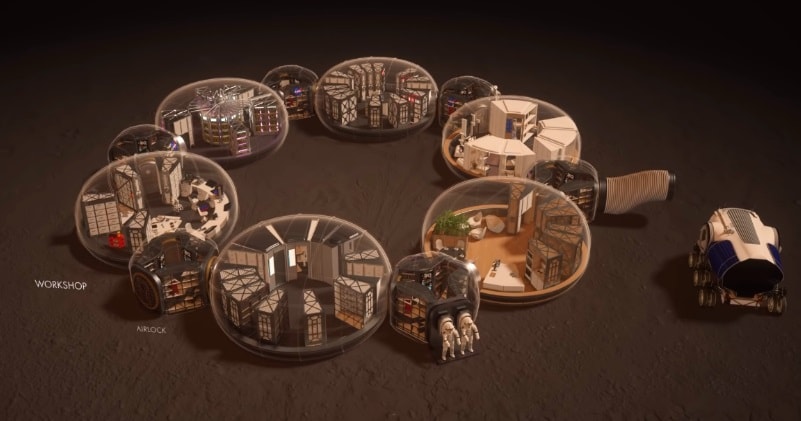 HASSELL partnered with Eckersley O’Callaghan to design the external shell which could be constructed entirely by autonomous robots using Mars’ natural regolith. After landing, the astronauts would quickly construct the building’s interior – a series of inflatable ‘pods’ with everything they would need for their work and life on Mars.

This would allow exploration teams to arrive to a degree of protection from the harsh elements.This habitat fulfils those functional needs, but still feels comfortable and familiar for the astronauts, like their homes back on Earth.