During the 2019 Concorso d’Eleganza Villa d’Este I have filmed the gorgeous Peugeot E-Legend Concept. This autonomous and all-electric car looks absolutely amazing if you ask me! Video includes some detailed shots of it as well as the car driving around. 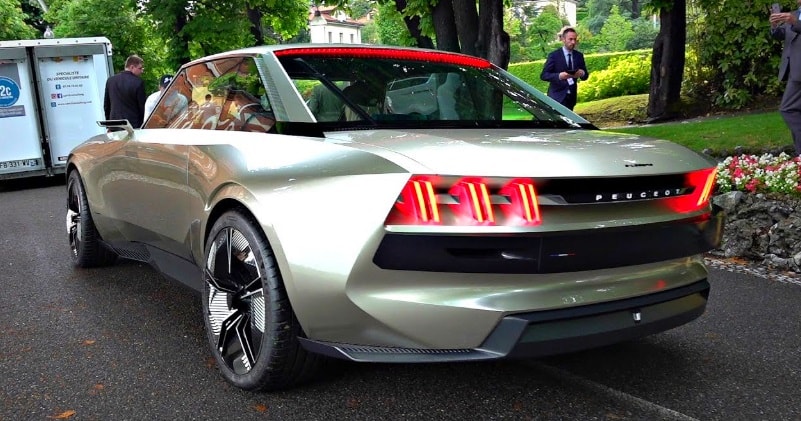 PEUGEOT e-LEGEND CONCEPT is powered by a 100% electric drivetrain. Using 100 kWh batteries, the engine produces a torque of 800 Nm and 340 kW of power distributed to the four drive wheels.

This level of performance allows it to go from 0-100 km/h in less than 4 seconds and to reach a maximum speed of 220 km/h. It has a range of 600 km according to the WLTP standard, of which 500 km is accessible in 25 minutes thanks to fast recharging.

In self-driving mode, the interior configuration of PEUGEOT e-LEGEND CONCEPT adapts thanks to drive-by-wire technology, the steering wheel folds away under the soundbar to totally free up the 49-inch screen, the front seats tilt, the side armrests fold out automatically, opening up a large storage space and an induction charging zone for smartphones, the main controls remain accessible via the centre console built into the driver’s seat.