The Doe Triple-D or Doe Dual Drive is a make of tractor produced by Ernest Doe & Sons in the 1950s and 1960s in Ulting Essex. Its two engines and 90-degree articulation made it one of the most unorthodox tractors ever built. 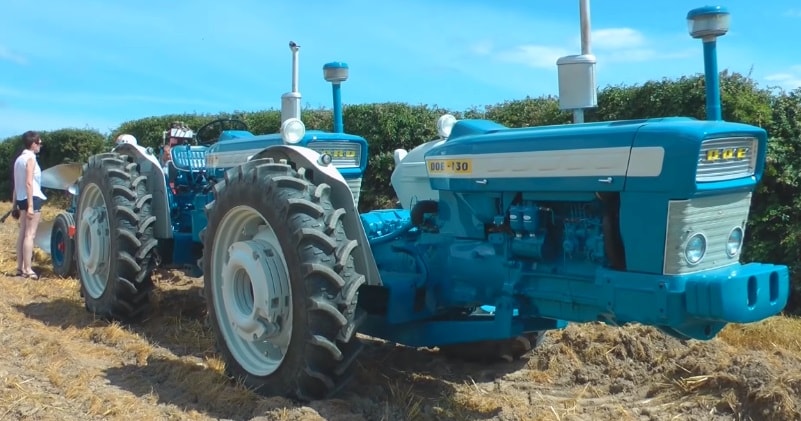 During the 1950s farmers in the United Kingdom in need of high-power tractors had few options. Essex farmer George Pryor developed an ingenious solution to the problem by creating his own tractor. He did this by purchasing two Fordson tractors.

Removing the front wheels and axles and linking the two by means of a turntable which provided the steering action powered by hydraulic rams. This left him with a double-engined four-wheel—drive tractor capable of producing more power and outperforming any of the conventional tractors on the UK market at the time.