Chasing High-speed cars is dangerous and they almost never end well. And they might finally come to a quick end thanks to a new invention called the Grappler Police Bumper.Here’s a fast and effective way to end a high-speed chase. 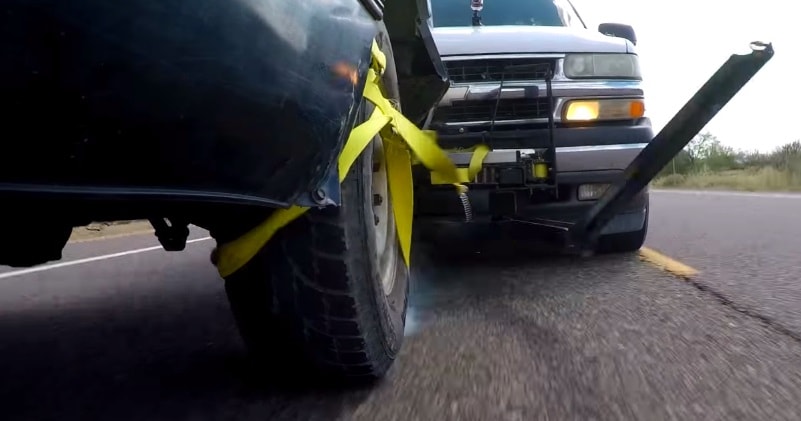 The Grappler mounts to the front of police pursuit cars. It is deployed by the push of a button and ends a car chase right in its tracks, safely and securely. It shoots out a “Y” shaped heavy duty net, which is maneuvered under the rear tire of the fleeing vehicle.

The net wraps around the rear wheel and axle of the suspect’s vehicle, and brings it to a stop while destroying the tire.When in range, the GPB fires heavy-duty nylon straps to snag one of the suspect vehicle’s rear wheels.Moments later the rear wheel is locked, slowing or stopping the fleeing criminal in a matter of seconds.

The Grappler launches a tether from the cop car’s front bumper, which to snags the criminal’s rear wheels, preventing the axle from turning, and resulting in a surprisingly controlled stop.The Grappler’s simple design means fewer things to break, improving its odds of surviving the rough-and-tumble life of the patrol officer.