At CES 2018, Honda introduced its new 3E (Empower, Experience, Empathy) Robotics Concept, demonstrating a range of experimental technologies engineered to understand people’s needs and make their lives better. Designed by Honda R&D Americas, 3E-D18 demonstrates “Empower,” the concept that robotics and people can work together while leveraging each other’s strengths. 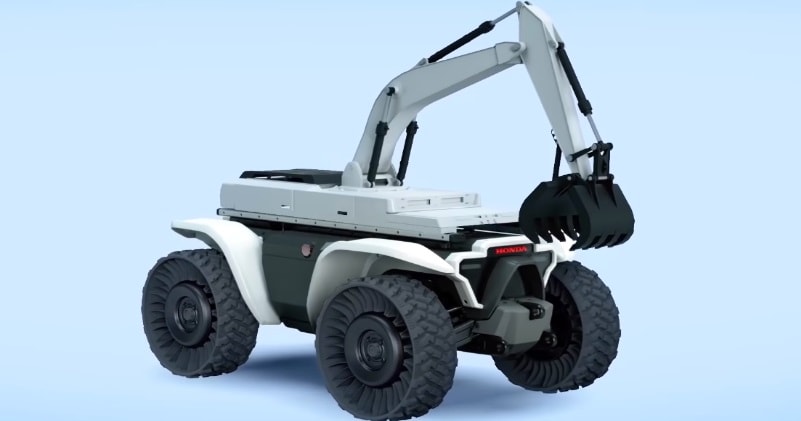 By replacing the upper attachment, the 3E-D18 can perform various tasks such as fire-fighting, farm work and sports training support. Its off-road capabilities allow autonomous operation on rugged terrain such as farms and mountains.It also has the capacity to be programmed to move according to three different self-driving modalities:

The indestructible airless tires should help it to climb obstacles and get to hard-to-reach places. Honda prepared this concept to be to accept several different plows or robotic arms.