The Honda Mean Mower is back in the record books after setting a brand new lawnmower Guinness World Records® for the ‘Fastest Acceleration 0-100 mph for a Lawnmower’. 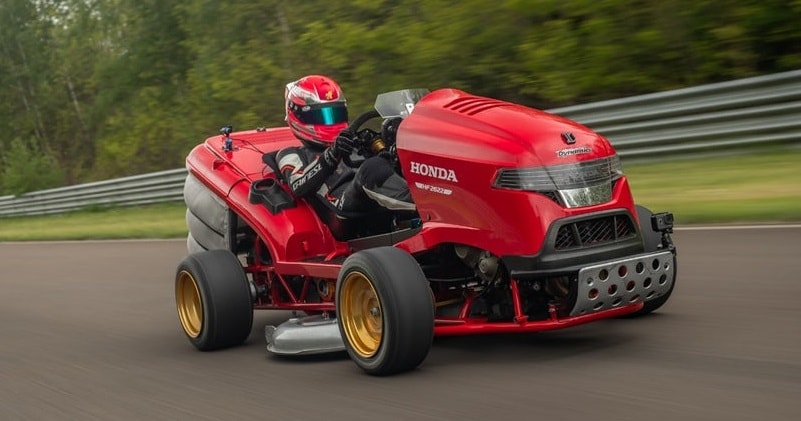 Driven by stunt driver, kart and car racer Jess Hawkins, the Honda lawnmower had to prove its acceleration over two runs in opposite directions, with their average time taken for the final judgement. 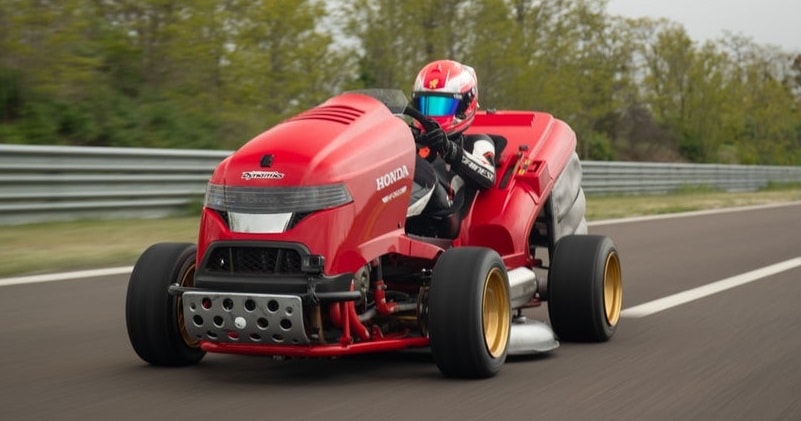 The new record for fastest lawnmower was set at the Dekra Lausitzring, near Dresden, Germany, on May 6th 2019. Under the watchful eye of a GUINNESS WORLD RECORDS® adjudicator the Honda Mean Mower V2 averaged 0-100 mph in just 6.285 seconds

The team also took the opportunity to put Mean Mower V2 through its paces on a longer run to see what it is really capable of, recording an incredible top speed of 150.99mph.

All this while still being able to cut grass, albeit it with a 999cc four-cylinder engine taken from Honda’s high-performing CBR1000RR Fireblade SP motorcycle – producing 200bhp at 13,000rpm. A definite upgrade on the regular Honda lawnmowers.