In 2006 the Limo-Jet was introduced as a Proto-type concept to a Chicago based company named Exotic Coach. Inventor Dan Harris and owner Frank DeAngelo partnered on a journey to create the master piece now known as “The Limo Jet”. 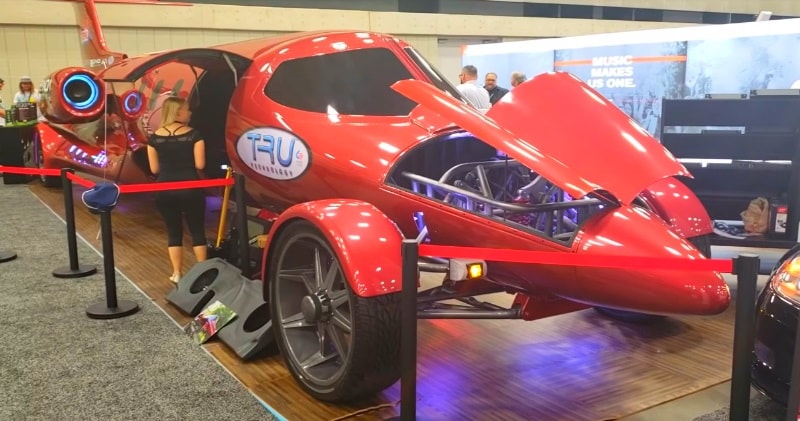 Now owned by Jettersetter, Inc, the Limo-Jet will be released to the public by the end of August, 2018. The Limo-Jet and its patent-pending design are the only one of its kind currently in the world.

This show stopping vehicle is 100% street legal and powered by a gasoline 8 cylinder engine.It’s primary function will be to tour the U.S. and turn heads at all major events around the country.

The wings have also been removed. This gives it a more stylized touch and, at the same time, gives it just enough maneuverability but enough to move around the streets of the city.Limo-Jet has a luxurious interior.The driver sits in the single seat up front to pilot this rig.