Lazareth LM847 is a 4 wheel tilting motorcycle, powered by a Maserati V8 engine delivering 470 bhp.She angles thanks to a specific kinematics design with independent suspensions. 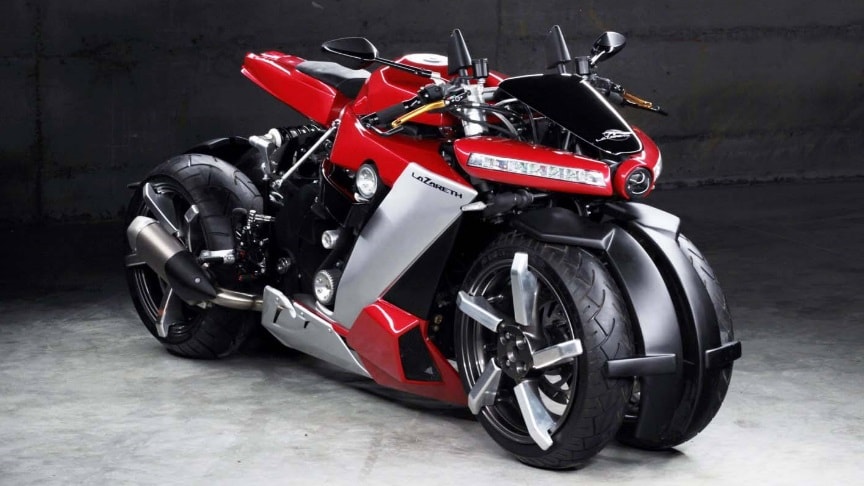 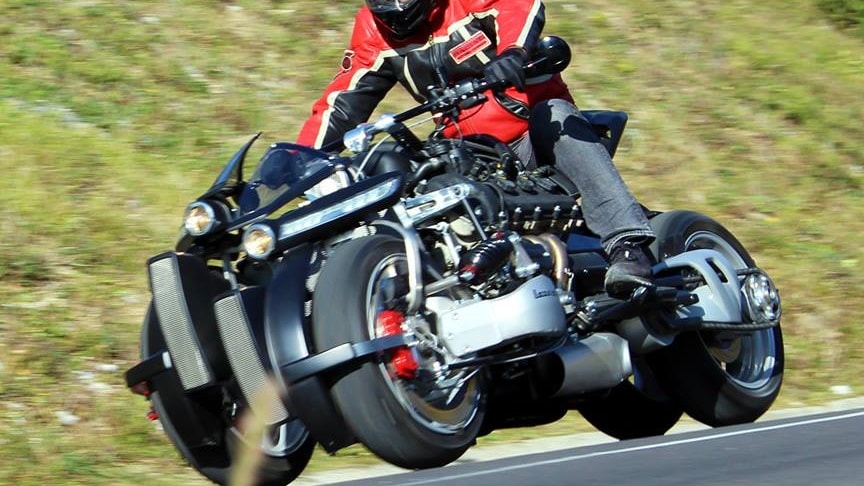 With a 1850 mm wheelbase and four 17 » wheels allow the bike to stable right the first mph, enough to counter the 620 Nm of torque.

This bike has only one speed, power is transmitted via a torque converter that takes the machine from 0 to 100 mph in seconds!