During the 2018 Concorso d’Eleganza Villa d’Este I filmed the car that has won “Most Beautiful Concept Car of the Year” at the 33rd Festival Automobile International; the Mazda Vision Coupé Concept. 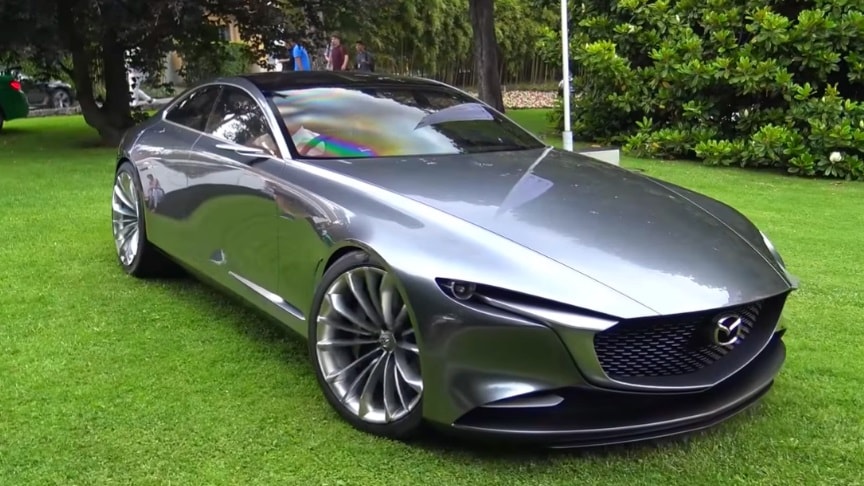 Video shows some detailed shots of it as well as the car starting up, moving around and then being loaded on a truck! Mazda hasn’t released engine specs, but as you can hear in this video, the car sounds like it has a 4-Cylinder under the hood!

Best Car says that concept’s production version will house a 3.0-liter Skyactiv-X SPCCI inline-six with “M-Hybrid” 48-volt assistance. Output figures remain a mystery, but the mag says engineers are aiming for 345 horsepower. The Mazda Vision Coupe perfectly embodies the elegant and refined atmosphere that is the target of next-generation Mazda design.

Within the flowing 4-door coupe configuration the strikingly beautiful silhouette gives stirring visual expression to the vehicle’s high performance, while the sculpted athletic form is free of all fussy or unnecessary elements, a key factor in Mazda’s minimalist design approach.