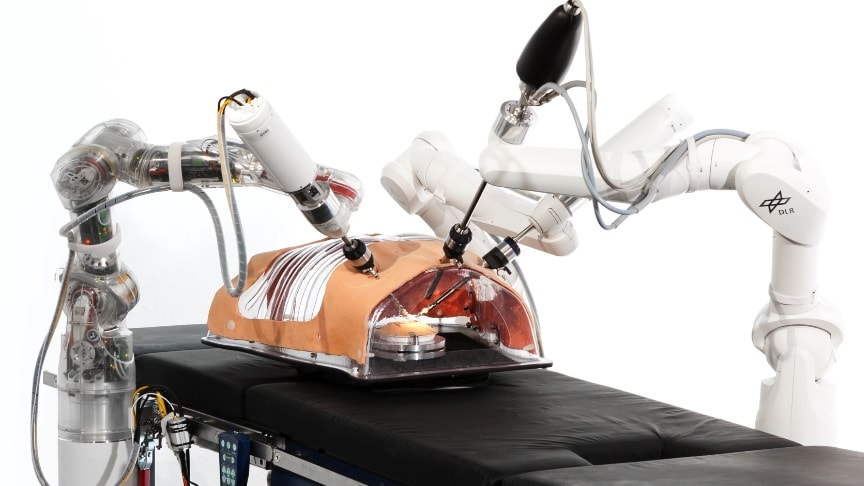 Two MIROs move the laparoscopic instruments (MICA), which can measure the interaction forces with the patient tissue thanks to integrated miniaturized force torque sensors.

The third MIRO guides a stereo endoscope. Both the video stream from the stereo endoscope and the measured forces can be displayed to the surgeon at the surgeon console. Therefore the surgeon can not only see the situation in the operating field but thanks to force feedback also feel it at the haptic input devices.

The system consists of