Newron, a France-based startup, reveals a sleek electric motorcycle with a wooden body, which exposes the large cylindrical battery pack located in the center.The battery itself, instead of being hidden, is adorned with subtle LED lighting and small ports that make the whole thing reminiscent of a jet engine. 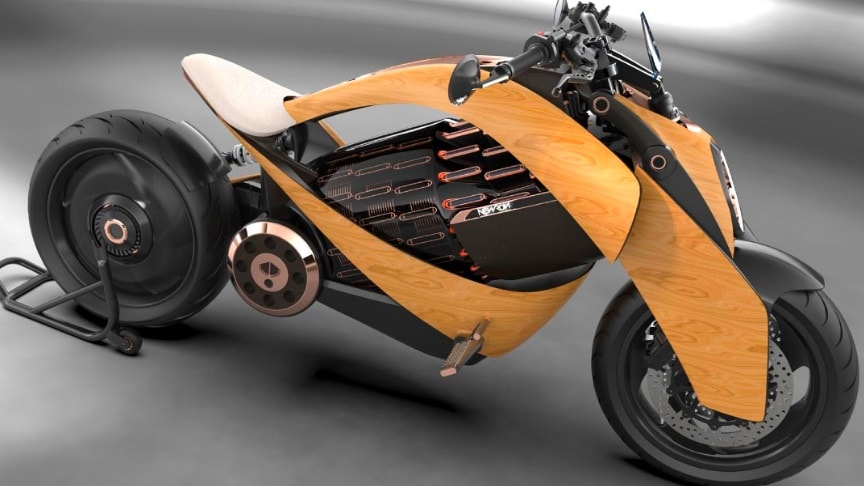 Newron Motors plans to produce in France a high-end and high-performance electric motorcycle. As part of our innovation activities, we have established a technical partnership with this ambitious start-up.

Newron Motors is partnering with Dassault systems and Advans to produce in France a high-end and high-performance electric motorcycle.The curved wood bodywork pieces, which give the bike an organic sort of feel at the front end, where they’re used to cover carbon girder forks. 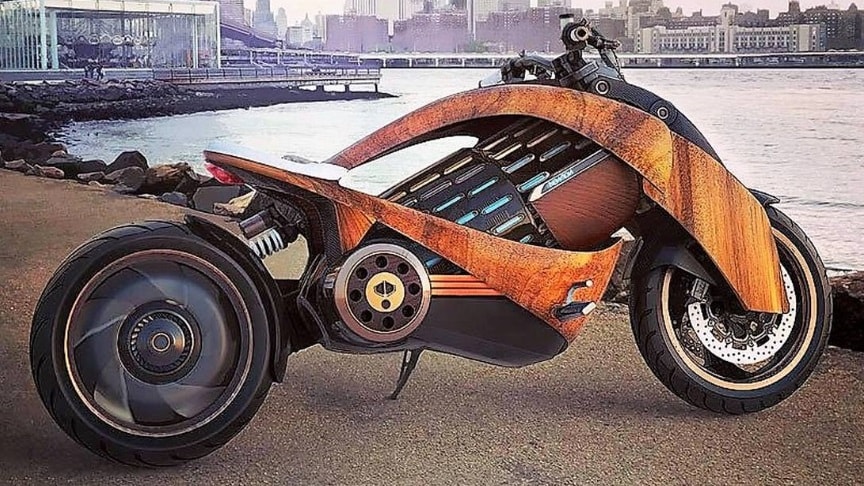 “the thrill of being ‘one’ with your bike as an incarnation of you and to fill the world as you never felt it in total silence,’ says newron. ‘having customized aspects of it, esthetics and behaviour. a timeless and delicate peace of art tailormade at our ‘atelier de confection’”.