Development of the Pluma took a year, with final construction being done by French company Constellation Composite.Given that the bike is made for track racing, it has no brakes and just a single 51 x 15 fixed gear. 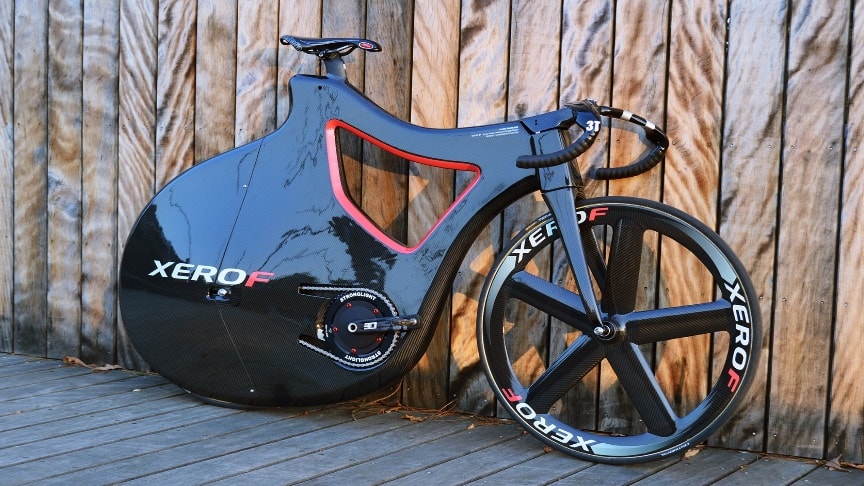 The Pluma’s unique design is also intended to protect the rider from the drivetrain and the spinning rear wheel in the event of a crash – something that happens not infrequently in the world of track racing. 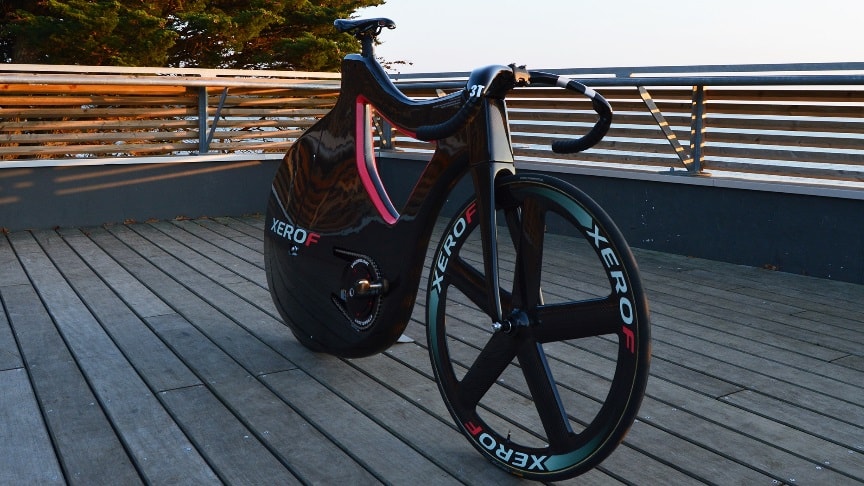 PLUMA is a fixed-gear bike, and like all professional track bikes, don´t have brakes. The PLUMA features low-slung handlebars which dip below seat level, allowing riders to assume the most aerodynamically aggressive position as possible.

The PLUMA was initially conceived by Portuguese industrial designer, Nuno Teixeira back in 2010.Nuno Teixeira industrial design’s elegant bicycle has been taken from render to reality by constellation composite, specialists in turning concept transport designs into working physical pieces.