This is a 1975 Sebring-Vanguard CitiCar. It’s electric. It’s silly. I love it. Its exterior design lives on in the Norwegian Kewet. Accounting for all CitiCar variants, a total of 4,444 units were produced up to 1979, the most since 1945 for an electric car assembled in North America until surpassed by the Tesla Model S. 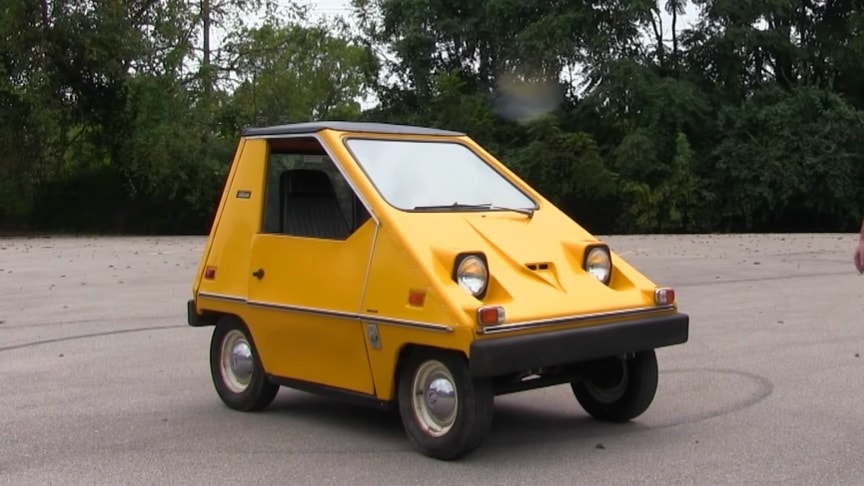 With only eight six-volt deep-cycle batteries on board, the CitiCar boasted a range of 35 miles and a top speed of around 35 mph.Not exactly impressive, but remember, the CitiCar is a city car meant for short trips.

During the last years of production, the third model variant of the Citicar, sometimes referred to as a Transitional CitiCar or 1976 1/2 model, had an improved drive train with a 6 HP motor, and the body was changed slightly to incorporate heater inlet vents on the side of the vehicle and some had the improved door style with better latches and permanently installed sliding windows./wikipedia