T-HR3 is the third generation humanoid robot developed by TOYOTA, following the trumpet and violin-playing humanoids.Previous robots pursued the precise “positioning” of fingerings and movements to play an instrument. 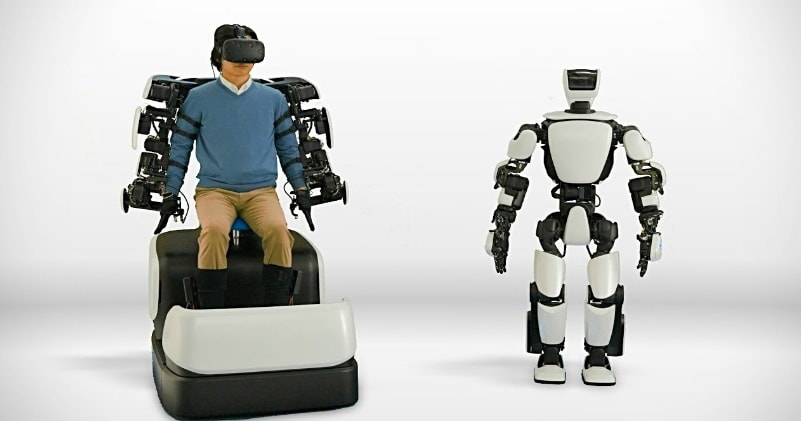 The new, evolved humanoid can flexibly and smoothly control the “force (torque)” of its entire body. The Advanced Synchronization System of T-HR3 is achieved by sharing this “force (torque)” with the Master Maneuvering System.

T-HR3 is controlled from a Master Maneuvering System that allows the entire body of the robot to be operated instinctively with wearable controls that map hand, arm and foot movements to the robot, and a head-mounted display that allows the user to see from the robot’s perspective.

The system’s master arms give the operator full range of motion of the robot’s corresponding joints and the master foot allows the operator to walk in place in the chair to move the robot forward or laterally. The Self-interference Prevention Technology embedded in T-HR3 operates automatically to ensure the robot and user do not disrupt each other’s movements.